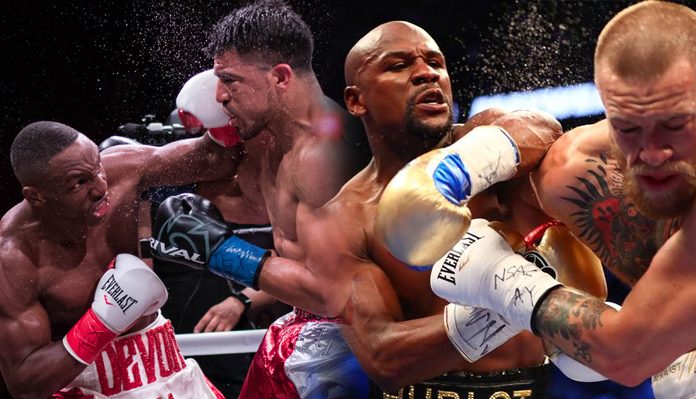 In the sport of boxing, being able to react to a certain situation in a very quick manner is often the difference between victory and defeat. As such, reaction time is everything. The greatest boxers in the history of the sport are all known to have incredible reflexes.

Though this may appear to be a god-given talent, it can actually be trained and improved. However, it is no secret that great reflexes don’t come naturally for everyone. But that doesn’t mean it can’t be developed and improved upon over time through various training methods.

Here are six ways to improve your reaction time in boxing. Improve Your Overall Hand-Eye-Foot Coordination First: The key to having a better reaction time is to improve your hand-eye-foot coordination. By enhancing the way your body syncs with each of its moving parts, your reaction time is much quicker as you are made more aware of your offensive and defensive weapons.

Tennis Ball Throw & Evade: This is a great technique and workout in improving your hand-eye coordination. Tennis balls are very hard to hit because the are small, volatile objects. If you can get this down pat, everything else becomes much easier.

Action/Reaction Mitt Work: Popularized by the great Mayweather boxing clan, action/reaction mitt work utilizes speedy choreographed padwork that does not train technique nor power. Instead, it works on more hand-eye coordination, and fluidity of striking.

Dynamic Punch Paddle Work: This method is rare and not being used often, but also ultimately very effective. Punch paddles have less strain on the holder’s wrists and shoulders, which means that faster and more varied angles of attacks can be simulated.

Slow & Technical Sparring: By improving your ring intelligence and overall technique, you gain better reaction time because you are a better fighter overall. Through slow and technical sparring, you gain a sense of the intricate ebb and flow of a real fight, and when it comes time to experience the real thing, you’ll be ready in any situation.