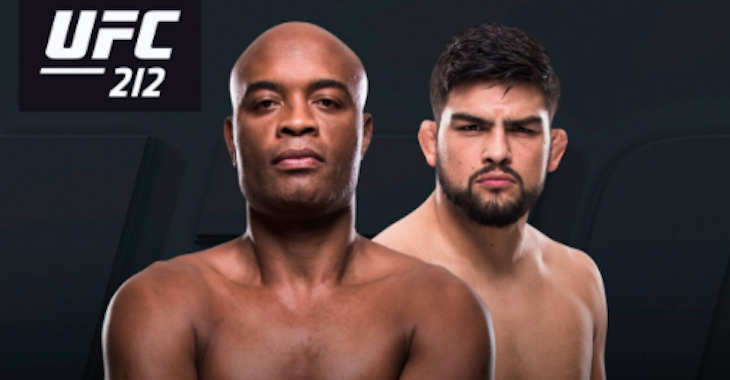 Last weekend, in the main event of the UFC’s latest trip to Brazil, former welterweight contender Kelvin Gastelum continued to make good on his return to the middleweight division as he thumped MMA legend Vitor Belfort with first-round punches. Shortly after this win, which is arguably the biggest of his career, the rising star made a clever call-out of Anderson Silva, a former middleweight champion and perhaps the greatest fighter in MMA history.

Gastelum got his wish.

Just days removed from his massive win over Belfort, he and Silva have put pen to paper, making this bout official. It will go down on June 3, at UFC 212 in Rio de Janeiro, Brazil. Though the fight will certainly be on the main card, it’s not known if it will serve as the co-main event under the Jose Aldo vs. Max Holloway headliner, or if that distinction will go to another fight.

With his decimation of Belfort, Gastelum moved to 2-0 since returning to the middleweight division. In his first fight back in this division, he mauled the recently retired Tim Kennedy to a similarly decisive end. He is now 14-2 in sum, with both of his losses coming via controversial split decisions to Tyron Woodley and Neil Magny.

Who do you think wins this Kelvin Gastelum vs. Anderson Silva fight? Sound off, PENN Nation!