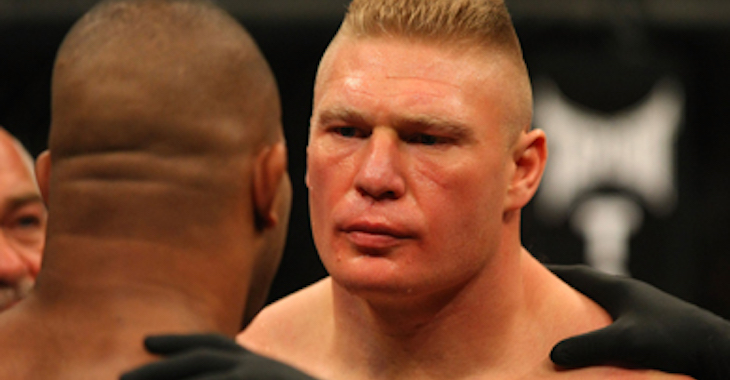 After two failed USADA drug tests, Brock Lesnar is done in the UFC, according to UFC heavyweight and one-time Lesnar opponent Alistair Overeem.

Overeem spoke to TMZ Sports on Tuesday while catching a place at Los Angeles Airport, and was asked if he was interested in beating up Brock Lesnar again (Overeem defeated Lesnar by first round TKO back at UFC 141).

Here’s what Overeem had to say:

“I don’t think he’s coming back, first (of all), second, if he is (coming back)… Nevermind,” Overeem said with a smirk.

What do you think Penn Nation? Will Brock Lesnar return to the UFC after his USADA suspension ends? Or will he stay in the WWE like Overeem says? Sound off in the comments section!