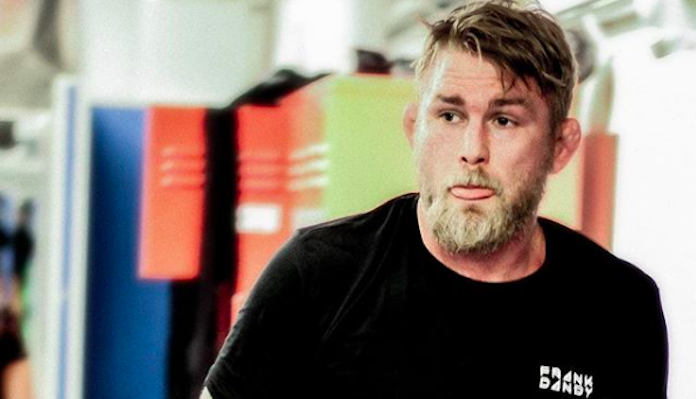 Cormier feels that, because his teammate Luke Rockhold is injured, Gustafsson should welcome fearsome middleweight contender Yoel Romero to the light heavyweight division.

Since @LukeRockhold can’t fight I know who @AlexTheMauler can fight. Win or lose I say get him in there with @YoelRomeroMMA let’s see this #1 contender fight.

“Since [Rockhold] can’t fight, I know who [Gustafsson] can fight,” Cormier said in a Saturday Tweet. “Win or lose I say get him in there with [Romero], let’s see this #1 contender fight.”

Gustafsson has now responded to this Tweet from Cormier.

His first response came in a Tweet of his own, in which he assured he’s down to fight Romero.

“Just because the ‘boss’ DC said so, lets do it Yoel,” Gustafsson said in his response. “Obviously both of you have difficulties making weight.”

Gustafsson then followed up with a lengthy Instagram post, reiterating that he’d be happy to fight Romero, but that he’ll also be staying ready in the event that Cormier or Miocic sustains an injury and needs to be replaced. He’ll also be ready to replace either Mauricio “Shogun” Rua or Volkan Oezdemir should one sustain an injury ahead of their UFC Hamburg fight.

“In response to [Cormier’s] most recent tweet about me, I will fight anyone that is meaningful including [Romero] if he can be ready on time,” Gustafsson said.

“Here is what I want if [Rockhold] won’t fight,” he continued. “I am prepared to rematch [Shogun] or fight [Oezdemir] in Germany should someone not get his visa or get injured. Alternatively I will step in for [Cormier] or [Miocic] should there be an injury for the [heavyweight title]. Either way, [Cormier], defend your belt already or relinquish it by December 2018, and stop wasting everyone’s time. Oh and try not to miss weight as heavyweight!”

Who do you think is next for Alexander Gustafsson?