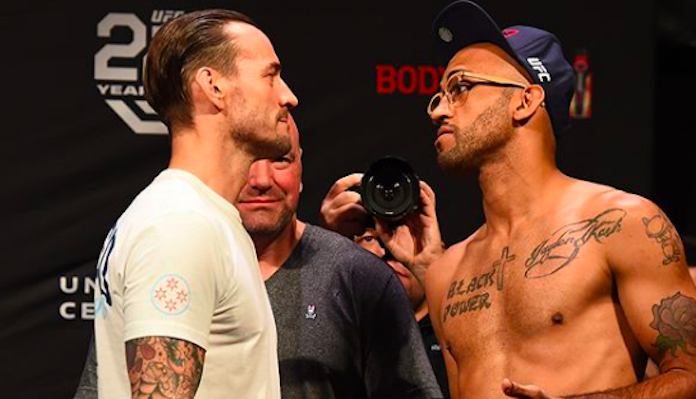 Bellator star Chael Sonnen watched Mike Jackson and CM Punk’s fight at UFC 225, and where many onlookers saw a clumsy tilt between two unskilled hopefuls, he claims to have seen something different.

He gave his take on the fight on a recent episode of his Beyond The Fight podcast.

“You had a guy go out there, dig deep and push for 15 minutes in a combat sport, hard to do — and I’m putting a little bit of a bow on it, that is true. It was a lesser quality that you would see in many pay-per-view fights. That’s true, but there was still something there.”

“We tuned in for a reason, and any other expectations that we put on that, we put on that falsely. We got what we should have got. We got what we should have expected. And I think that the heart and the grit of both guys needs to be what’s remembered, not the skill. They’ve both only been in there a couple of times between them. Not even all the fingers on my right hand.”

What do you think of Chael Sonnen’s comments on UFC 225’s Mike Jackson vs. CM Punk fight?