Home » MMA News » UFC » Alexander Gustafsson explains why he decided to re... 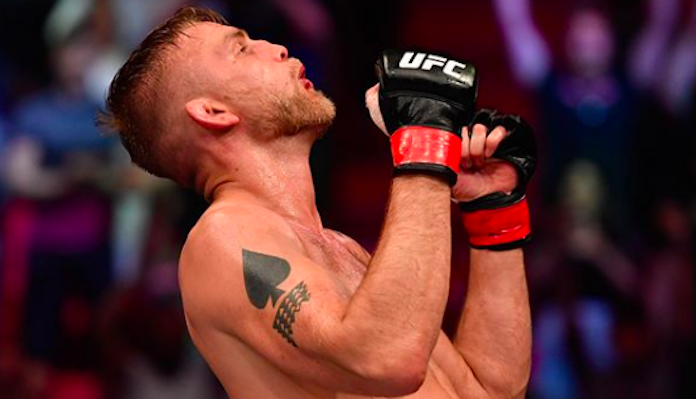 Alexander Gustafsson will be making his return to the UFC’s light heavyweight division at Saturday’s event in London.

Gustafsson has not fought since July of 2020 when he moved up to heavyweight and was submitted by Fabricio Werdum. Prior to that setback, ‘The Mauler’ lost by TKO to Jon Jones for the belt and after his submission loss to Anthony Smith, he announced his retirement from the sport. However, he ended up coming back for the Werdum fight at heavyweight which ultimately didn’t go his way.

Now, after two years away, Gustafsson is set to return at UFC London against Nikita Krylov and will be dropping back down to light heavyweight, which he is excited about.

Although Alexander Gustafsson believes the light heavyweight division is his, he doesn’t regret his move to heavyweight.

Despite the fact the move to heavyweight didn’t work out, Gustafsson is excited to be back and prove he is still a legit contender at 205lbs.

Do you think Alexander Gustafsson will beat Nikita Krylov at UFC London? Sound off in the comment section, PENN Nation!