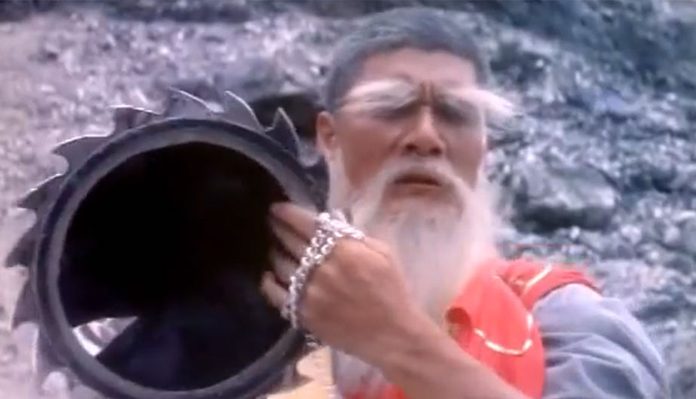 Part three of a series celebrating badassery in film and TV

A martial arts badass’ greatest weapon is usually their hands and feet. Sometimes, however, a sword, staff or, say, a flying guillotine hat comes in handy when taking down their opponent. Wielding a weapon in combat takes serious skill, and sometimes it pays to get creative when facing down a horde of enemies.

Check out a salute to the deadliest weapons in martial arts movies, from the sharp to the most head-cracking, below. And to see some martial arts warriors with serious skills with swords and other weaponry, be sure to catch the third season premiere of Into the Badlands Sunday, April 22nd at 10/9c on AMC. 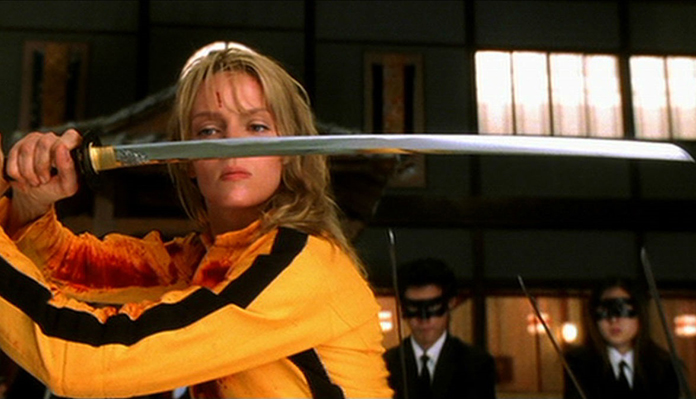 Forged by the master swordsmith Hattori Hanzo (Sonny Chiba), who came out of retirement to craft the blade he claims is his finest work, this gorgeous sword is used by The Bride (Uma Thurman) to kill a whole lot of vermin. Whether she’s stabbing it through members of the Crazy 88s or using it to cover the snow in O-Ren Ishii’s (Lucy Liu) blood, The Bride’s revenge wouldn’t have been possible without her trusty Hanzo sword 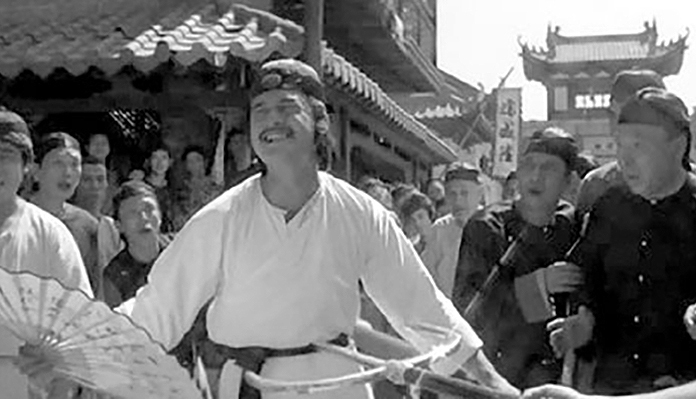 This Shaw Brothers flick features thrilling fight scenes using all 18 of the legendary weapons of the martial arts. Swords, spears, battle axes, rope darts and more weapons are all featured in lightning-quick combat. But for sheer cool factor, it’s hard to beat the Tiger Fork, a traditional weapon that is basically a giant trident. It’s the one weapon that slices your enemies and makes the wielder look like King Poseidon.

Waterski, Rumble in the Bronx 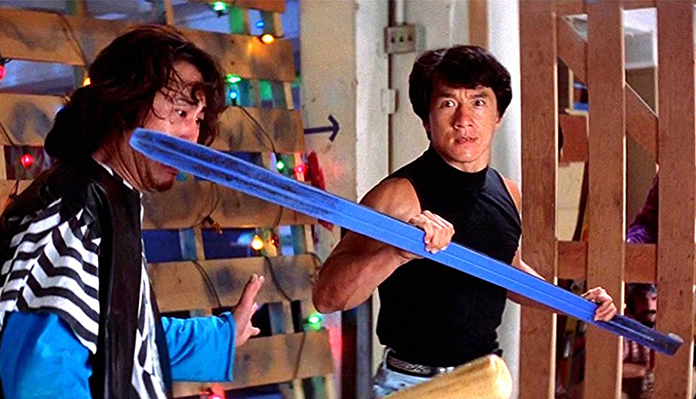 Sometimes the best weapon is whatever is close at hand. And if you’re Jackie Chan fighting bad guys in a warehouse in Rumble in the Bronx, that means pinball machines, refrigerators, bottles or a handy pair of waterskis. Ma Hon Keung, the brave cop played by Chan, uses a waterski like a bo staff while taking down thugs, cracking heads in a flurry of sharp jabs. Only in Jackie Chan’s hand could the ski be mightier than the sword. 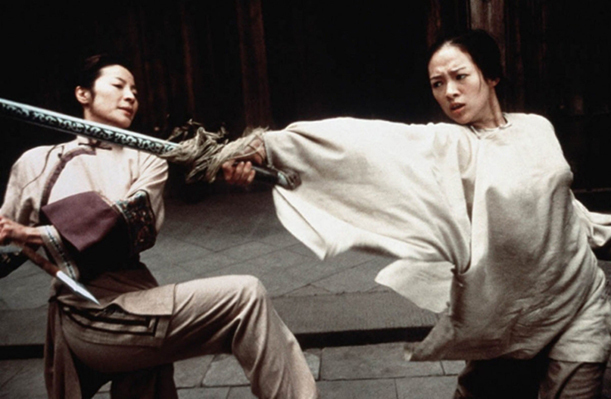 The sword that sets the plot in motion in Ang Lee’s epic kung-fu romance is wielded with serious skill by Jen (Zhang Ziyi) in her epic fight against Yu Shu Lien (Michelle Yeoh). The Green Destiny stands up to the hook swords, spear, staff and other weapons Yu Shu Lien uses against it. The powerful blade destroys pretty much anything it touches, be it made of wood or flesh. Handle with care! 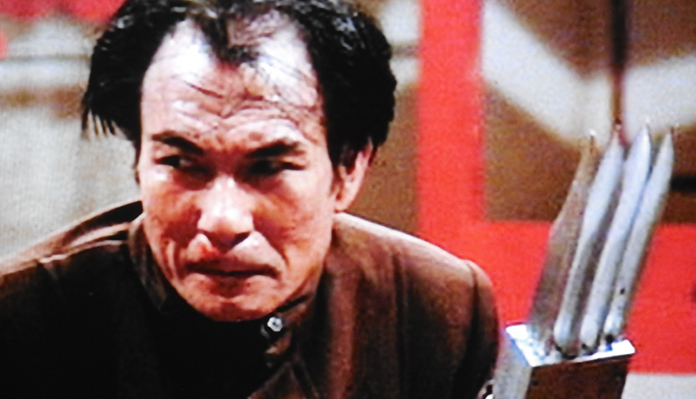 Han (Shih Kien), the crime lord Lee (Bruce Lee) must take down in the kung-fu classic Enter the Dragon, doesn’t let a missing hand slow him down in combat. Williams (Jim Kelly) meets his maker thanks to Han’s metal hand, while Lee gets a serious scratch from the criminal mastermind’s claw attachment. Of course, drawing blood just serves to make Bruce Lee madder and tougher. 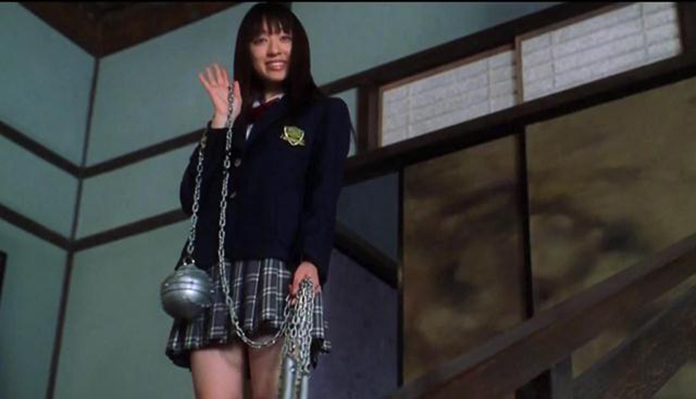 Swinging her meteor hammer (a spiked ball on a chain) over her head, Gogo Yubari (Chiaki Kuriyama) almost gets the best of The Bride (Uma Thurman), managing to yank away her Hattori Hanzo sword and laying her out flat on her back. Though she loses the fight in the end, Yubari’s weapon has a distinct tactical advantage when it comes to range, speed and sheer awesomeness. 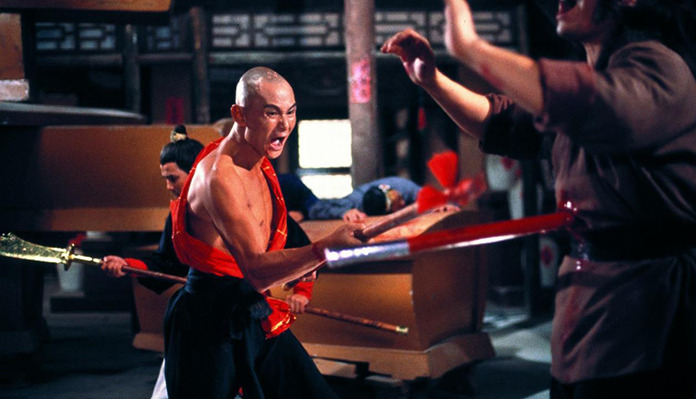 Playing a monk whose training forbids him from using blades, martial arts legend Chia-Hui Liu (known in America as Gordon Liu) proves that a pole can be just as effective in taking out your enemies in this action-packed Shaw Brothers film. Yeung Dak (Liu) uses the titular pole fighting technique to get revenge for the death of his father and brothers. In one memorable scene, he dispatches several enemies with a makeshift bamboo cannon. Turns out bamboo isn’t just for pandas to chew on! 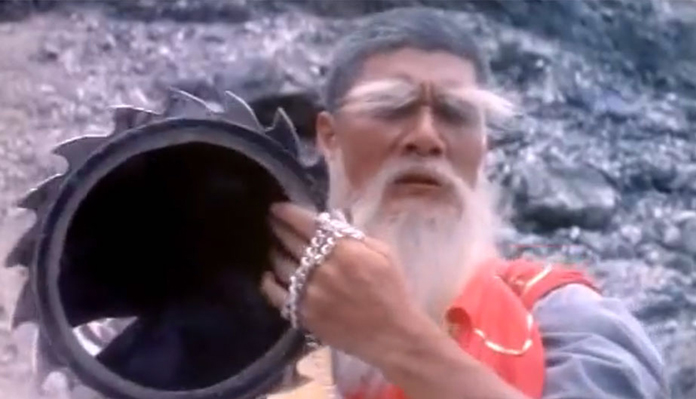 As you can imagine from a movie with “guillotine” in the title, this gloriously violent Taiwanese film features one of the most creative weapons in kung-fu movie history. A legendary Chinese weapon, the flying guillotine is basically a spiked hat on a chain. But when wielded by a blind assassin, it proves to be a deadly weapon capable of doing serious damage from long or close range. Hats off to this creative weapon.

Check out these deadly weapons from Into the Badlands and catch the Season 3 premiere April 22nd at 10/9c on AMC.

Get a sneak peek of the third season of Into the Badlands in the trailer below.