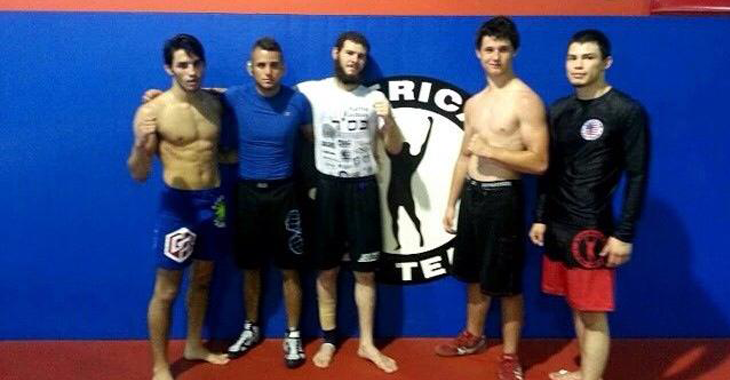 Horrid news truck the MMA community in July when it became known that American Top Team fighter Aaron Rajman was killed in his home in West Boca, Florida.

The 25-year-old MMA fighter died after several individuals entered his home on July 3 and an argument took place with at least one gun shot fired. The suspects left the home after the fatal shooting.

The Sun-Sentinel reports that 16-year-old Summer Church of West Boca along with 18-year-olds Roberto Ortiz of Boynton Beach and Jace Swinton of Margate were booked into the Palm Beach County jail on Friday morning after being indicted for the death of Rajman, per the sheriff’s office spokesman Eric Davis.

State Attorney Dave Aronberg addressed the West Boca neighborhood that the area is still a safe place and that this incident was “no a random act of violence.”

“Mr. Rajman was targeted by these defendants, and we intend to seek justice for the victim and his family,” Aronberg added.

Church, Ortiz, and Swinton were indicted for first degree murder and two counts of armed home invasion robbery with a firearm by a Palm Beach County Grand Jury. Aaron Rajman celebrated his 25th birthday the week before he was shot and killed. Rajman held a 2-2 professional MMA record and last competed in May 2016. Rajman won several amateur titles and racked up an 8-1 record in the amateur circuit prior to turning pro.

UFC strawweight Tecia Torres along with other acquaintances of Rajman said he was a humble individual and a good friend.