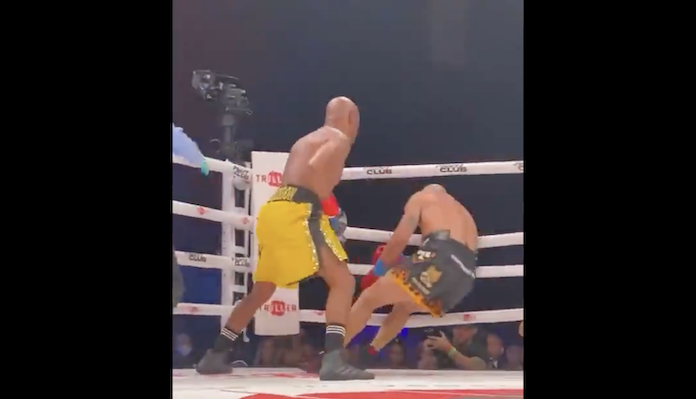 Ortiz suffered a first-round KO defeat to Silva during their boxing match which took place on Saturday night for Triller Fight Club. As part of his contract to take the fight with Silva, Ortiz was required to make 195lbs or less, but he missed weight during the weigh-ins, coming in heavy at 200lbs. Unfortunately for Ortiz, that weight miss was a foreshadowing of what was to come the next day for him, as he suffered a brutal KO loss to Silva in what was Ortiz’s pro boxing debut. Following the fight, “The Huntington Beach Bad Boy” took to his social media to issue a statement about his latest loss. Check out what he wrote below.

Tito Ortiz: It is not the critic who counts; not the man who points out how the strong man stumbles, or where the doer of deeds could have done them better. The credit belongs to the man who is actually in the arena, whose face is marred by dust and sweat and blood; who strives valiantly; who errs, who comes short again and again, because there is no effort without error and shortcoming; but who does actually strive to do the deeds; who knows great enthusiasms, the great devotions; who spends himself in a worthy cause; who at the best knows in the end the triumph of high achievement, and who at the worst, if he fails, at least fails while daring greatly, so that his place shall never be with those cold and timid souls who neither know victory nor defeat. I will be back!

What do you think is next for Tito Ortiz after he got knocked out by Anderson Silva in boxing?