Bjornsson, who is also well known as “The Mountain” from Game of Thrones, had previously competed in boxing exhibition bouts and was able to use his skillset to overwhelm his inexperienced opponent right from the opening bell. 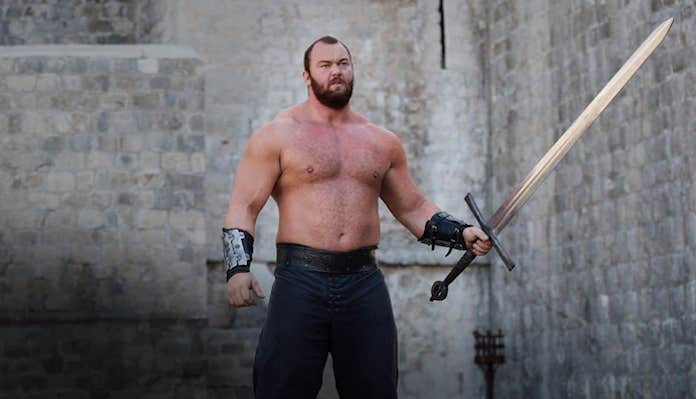 Larratt, who is arguably the greatest arm wrestler of all time, had accepted the bout just a few weeks ago and had no prior combat sports experience to speak of. Unfortunately, that fact proved very evident in today’s matchup Thor Bjornsson.

The hulking Icelander pressed the action throughout the short-lived contest, backing Larratt up with big punches. After eating a few straight punches and then a big left hook, the referee decided he had seen enough and stepped in to call a stop to the action.

Check out the Thor Bjornsson vs. Devon Larratt fight highlights below via YouTube:

What did you think of today’s Bjornsson vs. Larratt titan weight boxing match? Would you be interested in seeing ‘The Mountain’ participate in future contests? Share your thoughts in the comment section PENN Nation!