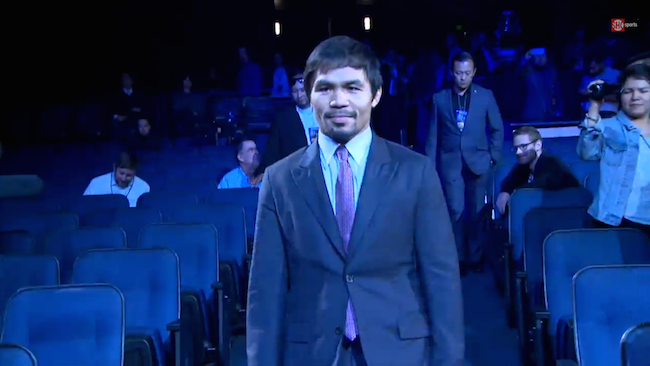 Recently famed boxing prizefighter Manny Pacquiao caught criticism for comments he made in which he stated that homosexuals are worse than animals.

The comments lead to Pacquiao’s nemesis Floyd Mayweather speaking out against Pacquiao’s comments and advocating for the LGBT community. Pacquiao has since apologized for the comments however they didn’t sit well with Nike.

In the wake of his comments, Pacquiao has lost his Nike endorsement according to ESPN, who has Nike’s statement:

“We find Manny Pacquiao’s comments abhorrent. Nike strongly opposes discrimination of any kind and has a long history of supporting and standing up for the rights of the LGBT community.”