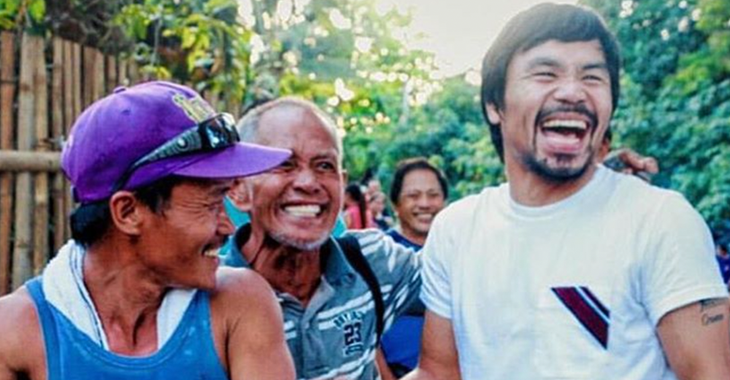 Boxing superstar Manny Pacquiao has been making headlines in the media. This time, it isn’t regarding a multi-million dollar fight in the boxing ring.

Pacquiao, who is running for a Senate seat in the Philippines has been buzzing after a video of him talking about same-sex marriage has gone viral on the Internet.

“It’s common sense,” the current Sarangani province congressman said in Filipino (transcribed by Bloody Elbow). “Do you see any animals that go male to male, or female to female?”

“So the animals are even better (than humans),” Pacquiao said with a chuckle. “Because they know how to distinguish from male to male or female to female. Right?”

“Now if we allow male to male or female to female, then that makes us worse than animals.”

Same-sex marriage has not been legalized in the Philippines. However, the sensitive subject is always one for debate, especially when those voicing a strong opinion are involved in politics such as Pacquiao.

While Pacquiao will undoubtedly have to answer a lot of questions regarding his statements, he will have to do so during media appearances for his one last fight in the boxing ring before he retires from the sport. Pacquiao is set to face Timothy Bradley in a rubber match on April 9th at the MGM Grand Garden Arena in Las Vegas, Nevada.