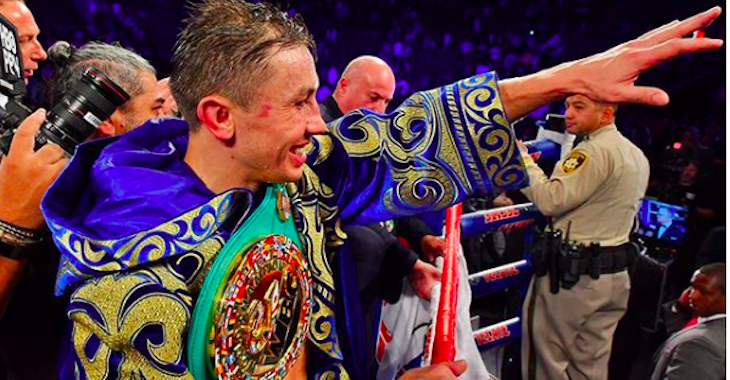 On September 16, Gennady “GGG” Golovkin and Saul “Canelo” Alvarez stepped through the ropes for arguably the most important boxing match of the year. While the fight was a definite thriller, it unfortunately ended in controversy, as the judges ruled it a draw when the majority of the combat sports community believed GGG had done enough to win.

While this controversial outcome was certainly disappointing, it also opened the door for a lucrative rematch between the two star pugilists. According to GGG promoter Tom Loeffler, however, there’s some doubt that this yet unscheduled rematch will actually occur in Las Vegas.

Reluctance from GGG’s camp with respect to another fight under the jurisdiction of the Nevada State Athletic Commission, of course, is understandable.

“[A GGG win] really wasn’t a question in our mind,” Loeffler said of the outcome of the fight on a recent episode MMAjunkie Radio. “It was a great event, it lived up to all the hype – the action in the ring lived up to the billing. It’s just unfortunate that people are talking about the scoring instead of the fight itself.”

As for the location of the rematch, the GGG promoter assures some talks need to be had before any decisions are made.

“We’ll sit down with [NSAC executive director] Bob [Bennett] and there are some things we’d want to address if the fight goes back to Vegas – we won’t rule out Vegas, but I know there was some hesitation from the ‘GGG’ side. He’s never had that issue when he’s fought in California or New York or even in London. We just want to make sure it’s a fair playing field for both sides.”

How did you score September’s huge GGG vs. Canelo boxing match? Do you think the rematch should occur in Las Vegas, or elsewhere? Join the conversation in the comments section!