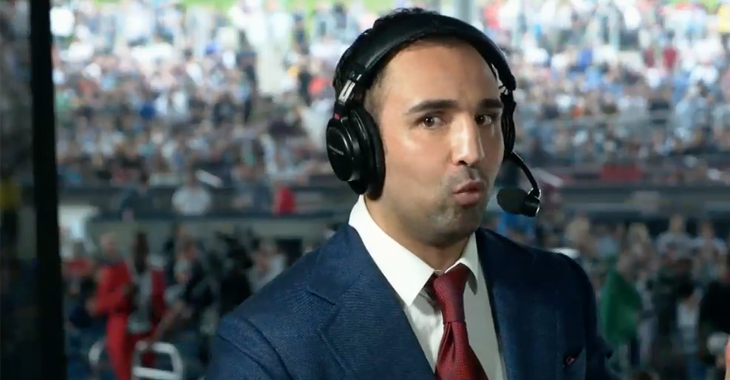 The McGregor vs Mayweather bout, which takes place August 26 in Las Vegas, could wind up being the biggest fight in combat sports history.

One of the most intriguing stories leading up to Saturday’s massive pay-per-view event has surrounded former two-weight boxing champ Paul Malignaggi, who was brought in by the McGregor camp as a sparring partner.

“The Magic Man” and “Mystic Mac” had a very public fall out, this after someone’s in McGregor’s camp leaked unflattering images of Paulie which were taken during his aforementioned sparring sessions with Conor. Many conspiracy theorists believed that Malignaggi, who works for Showtime, was sent in as a spy by Team Mayweather.

Paulie and Floyd recently had some fun with the idea of Malignaggi being a spy, and the video below will definitely have the combat sports world talking. Check it out.

Soooo, did @FloydMayweather send @PaulMalignaggi into #McGregor's camp as a spy?

Do you think Floyd Mayweather actually used his “good friend” Paul Malignaggi to infiltrate the McGregor Camp as a spy? Sound off PENN Nation!