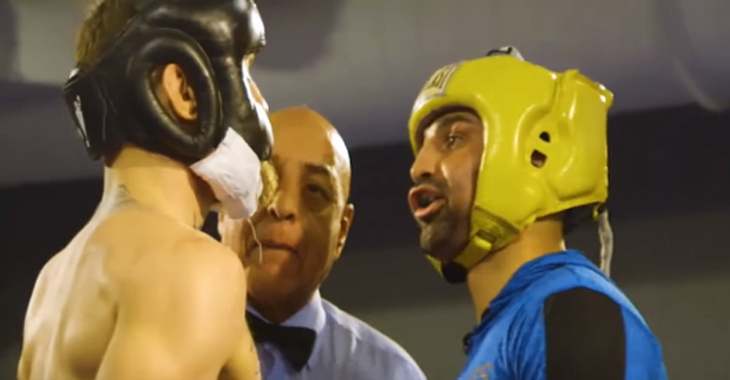 This is the song that never ends, Paul Malignaggi just keeps getting worse and worse, my friends. Late last night, it was “revealed” that Malignaggi may have been used by Floyd Mayweather to infiltrate Conor McGregor’s camp. This may have been one of the decisions that backfired against Mayweather, because Malignaggi ended up locked into all of this drama. From what we’ve seen so far, just a few clips and some word of mouth, Malignaggi didn’t do too well in sparring. That infamous knockdown clip (and the brutal straight left before that) sent shockwaves through the internet. Well, the talk continued and never stopped, now there are even more clips that just dropped last night. …They don’t make Malignaggi look any better.

While there is no audio in the first clip, you can see it’s more of the same from the controversial sparring session. Members of McGregor’s camp are walking around in the background smiling, Dana White is looking on wide-eyed with his hands deep in his pockets, probably counting money. Below, however, are the same clips with the audio and a snippet of the interview with Freddie Roach.

The only reason that is important is you can audibly hear Paul Malignaggi compliment McGregor after landing a one-two. He tells him ‘beautiful’ after getting tagged. Of course, it features the knockdown again as well, which looks more and more like a legit knockdown each time. Malignaggi was already falling from a left, McGregor has his hand on the back of Paul Malignaggi’s neck mid-fall, but pulls his hand off as he lands a short, right hook on Paulie. Someone yells out, ‘well done’.

It looks like Paul Malignaggi has got some more explaining to do, or does this new footage still not have you convinced?