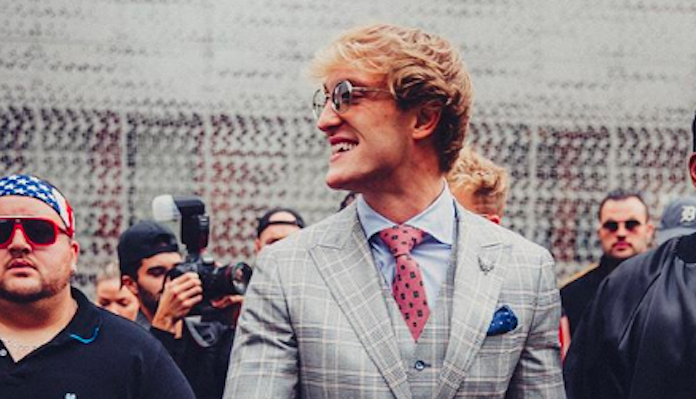 Logan Paul knows his upcoming exhibition match with Floyd Mayweather Jr. “makes no sense,” but he still considers it one of his biggest accomplishments ever.

Paul, 25, achieved his fame on YouTube, but has burst into the combat sports limelight after a pair of boxing matches against fellow YouTuber KSI. The first fight, an amateur contest, ended in a controversial draw. The second, a pro bout, ended with a split decision win in KSI’s favor.

Despite his 0-1 pro boxing record, Paul has parlayed his massive fame into an exhibition with Mayweather, arguably the greatest boxer of all time.

Speaking on Food Truck Diaries recently, Paul explained how the bout came together, and admitted that it “makes no sense.”

“My manager, [this] is months ago, comes up to me, he says ‘Logan would you fight Floyd Mayweather?'” Paul said. “I go, ‘I mean, yes I would, but why are you asking me that question? Like go do something else, this makes no sense, how is that going to be a thing ever?’

“I think a month later, he approached me with a contract,” Paul continued. “He said ‘If you sign here, you’re going to be fighting Floyd Mayweather.’ I said ‘Sure Jeff, I’ll sign your fantasy contract. Like f*** you, why would this ever happen?’ I signed it, and then after just months and months of going back and forth and figuring out dates, we had three different dates, and how to announce it, and just like the strategy behind it, it finally came to fruition, and this event that supersedes everything I’ve ever done in my life is finally solidified.”

Logan Paul and Floyd Mayweather will meet in the boxing ring on February 20. The rules and other details of their exhibition have not yet been announced.