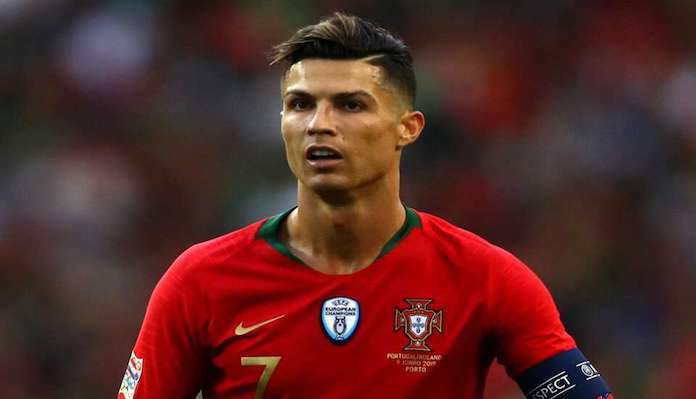 Global sporting icon Cristiano Ronaldo says that he would rather watch a UFC fight or a boxing bout than watch a football match.

Ronaldo, the Portugal native who is one of the greatest footballers in the world, spoke about his love for combat sports ahead of this weekend’s boxing match between Gennadiy Golovkin and Kamil Szeremeta. The Juventus forward spoke on “Parallel Worlds” on DAZN and admitted that although football is his passion in life, he doesn’t enjoy watching it as much as he enjoys watching the UFC or boxing. Check out what Ronaldo said (via ESPN).

“Playing football is my passion, but I prefer watching other sports on TV,” Ronaldo said. “Between watching a football match or a boxing or UFC fight, I choose boxing or UFC.”

Ronaldo is is one of the greatest athletes in the world, so for him to give some love for boxing and mixed martial arts is very cool to see. You’d have to imagine that UFC president Dana White also finds Ronaldo’s comments music to his ears. White has said in the past that the UFC would eventually be a bigger sport worldwide than football/soccer, so you’d have to imagine hearing one of the best footballers on the planet say that he enjoys watching the UFC and boxing more than football would make White very happy.

In an interesting anecdote, the 35-year-old Ronaldo also said in the interview that he spoke to heavyweight boxer Anthony Joshua last summer about keeping strong in his 30s.

“Last summer, I had a chat with Anthony Joshua,” Cristiano Ronaldo said. “At 33 you start to think your legs are going. I want to stay in sport, in football. People will look at me and say: ‘Cristiano was an incredible player but now he’s slow.’ I don’t want that.”