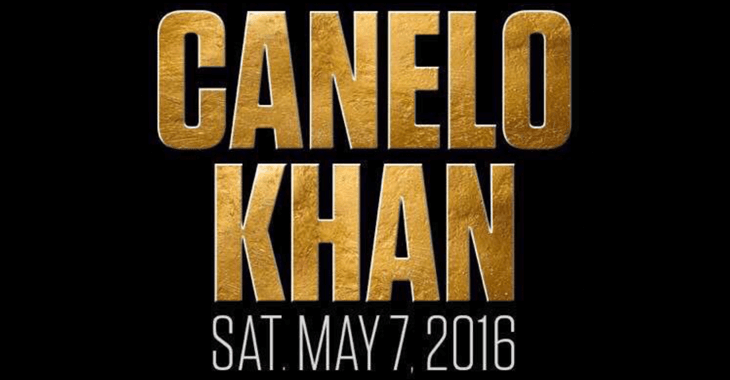 Boxing fans were given an exciting fight announcement on Tuesday. Canelo Alvarez (46-1-1, 32 KOs) will be taking on Amir Khan (31-3, 19 KOs) on May 7 likely in the new T-Mobile Arena in Las Vegas, Nevada.

“As the middleweight champion of the world, I will take on the best fighters in the sport, and on Cinco de Mayo weekend, I look forward to making the first defense of my titles,” Alvarez said in an ESPN report. “Amir was a decorated amateur, a two-time world champion and is in the prime of his career. Fans are in for a great fight on May 7.”

The HBO PPV bout will be at middleweight champion Alvarez’s preferred weight of 155 pounds for his world title. Alvarez won the title on Nov. 21 in Las Vegas when he beat Miguel Cotto by unanimous decision.

Khan is a former unified junior welterweight titleholder and Olympic silver medalist and has been a top contender in the 147-pound welterweight division for years.

“I know Canelo fights the best and wouldn’t pass up the opportunity to face me like others have,” Khan said. “My goal is to always fight the biggest names and the best fighters. That is why I’m excited for this fight. Also, I would like to thank my team and Golden Boy Promotions for this opportunity. I know I have the speed and ability to beat him and will give my fans what they deserve on May 7.”

“We are committed to putting on the biggest and best fights in boxing,” De La Hoya said. “Canelo is the biggest star in the sport and as he demonstrated against James Kirkland and Miguel Cotto last year, he is only getting better. Those who predicted that he would take an easy fight for his first defense have been proven wrong once again.

“As for Amir, he has won his last five fights including an incredible performance against Devon Alexander, and now that he is back where he belongs at Golden Boy Promotions, his future is very bright, once again.”

Who are you picking in this middleweight matchup? Share your pick with us in the comments!