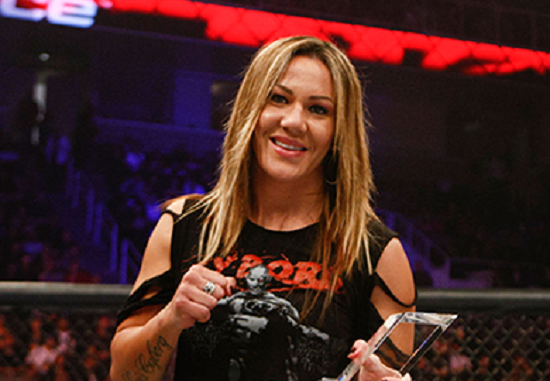 Tito Ortiz had stated a long time ago that Cris Cyborg simply couldn’t safely cut down to 135 to fight Ronda Rousey.

Eventually after much back and forth between Cyborg and UFC women’s bantamweight champion Ronda Rousey, Cyborg had a date, and opponent for her bantamweight debut.

She would fight December 5th at Invicta 10, with hopes of eventually earning a shot at Ronda Rousey in the UFC.

Recently, news broke that Cyborg had severely injured her ankle, and would be unable to fight at Invicta 10 (Read that HERE).

Now, Cyborg’s former manager, Tito Ortiz is saying that there’s no way Cyborg can make it down to 135, and the only way a bout with Ronda Rousey happens is if the fighters agree to meet at a catchweight.

“I’m still very close friends with Cris. She was at my last fight, and I’d seen her after her last fight, and trying to get her down to 135 is almost impossible. As I said a long time ago that they would try, they would try, and it’s going to be very hard for her to do it. And she’s tried, and she’s tried and it’s almost impossible for her to do it. And if Ronda made it catch weight; I know Ronda doesn’t want to do it because she doesn’t want to lose. I see – I mean this is strictly my opinion – I just think that’s the only way that fight is ever going to happen, is if it’s at a catch weight. Because Cris is not gonna make 135. She’s never made 135. She’s always made 145 and that’s been her weight her whole career. I mean that’s like me trying to get down to 185. I mean I would never make that happen. No possible way. I could never do that. So I think that’s the only way that will ever happen, and time will tell. Let’s see if Ronda will get pushed into pressure so much [that] she has to fight Cris. If that happens, I think that’s the only way that that it will happen. I mean she wanted to fight Gina Carano at 145 so what’s the difference of fighting Cris Cyborg at 145?”