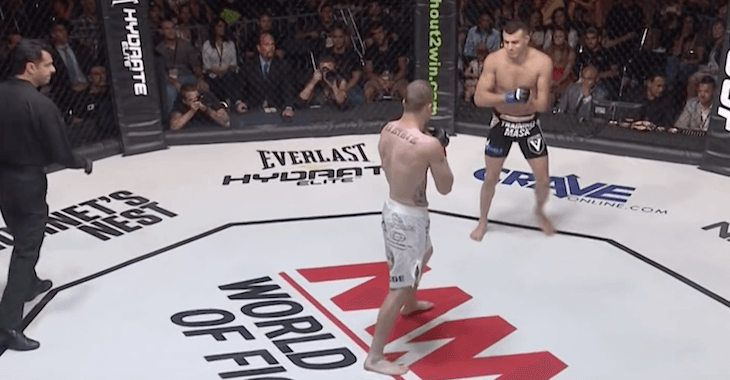 Following his impressive win over Tom Marcellino at WSOF 24, Nick Newell announced his retirement from MMA.

Newell spoke to MMAJunkie to explain more about his retirement, saying:

“Never say never, but this is not like I’m going to change my mind on Monday. This is something serious. I think this is it. I think it’s time, and I’m going to focus on some other things.”

“It’s a hard decision, but I think I’ve proven a lot. I was never the best in the world, but I was always a fan favorite and I always came to fight. Tonight was not the real me, and I don’t want to give that to my fans. I want them to remember me as the guy throwing people over his head and going bonkers and heel hooking people. I’m not that 25-year-old kid that can come out like a whirling dervish looking for blood. I’ve been doing this since I was 14 and I never stopped because I always wanted to be the best version of me possible, and my time is up.”

We would like to wish Nick Newell the best in his future outside of the cage.