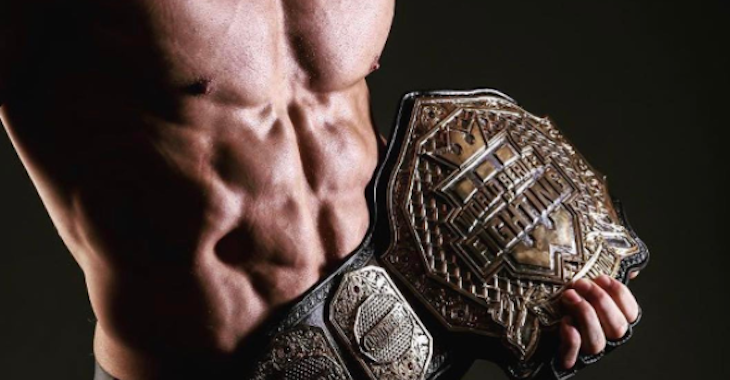 For many years, World Series of Fighting (WSOF), has stood out as arguably the third-biggest MMA promotion in the world, behind the UFC and Bellator. The promotion has been home to recognizable names like Justin Gaethje, Marlon Moraes, David Branch, Jon Fitch, Jake Shields, Rousimar Palhares, Thiago Silva, Matt Hamill, Vinny Magalhaes, Blagoy Ivanov, Josh Copeland, Shawn Jordan, Lance Palmer, Yushin Okami, and others. And now, it is is no more.

In a development that has seemed likely for some time, the promotion has closed its doors. It will now operate under new ownership and under a new name: The Professional Fighters League (PFL). The Washington Post explains:

“A group of area businesspeople and sports titans, headed by the former chair of the DC2024 Summer Olympics bid, expect to launch a mixed martial arts league in January, featuring a $10 million prize pool and $1 million cash payouts to individual champions, according to people familiar with the plans.

The new Professional Fighters League, which will aim to go head-to-head against the Ultimate Fighting Championship and other MMA circuits, will be headquartered in the District and could hold some events in the metro area.”

With the end of WSOF, long-time WSOF President Ray Sefo addressed the promotion’s roster with the following letter (via MyMMANews.com). This letter explains the new and exciting mission of the PFL, which will strive to pay fighters more, and give them fights on a more frequent basis.

As many of you know, a new ownership group purchased the World Series of Fighting a few months ago with the aim of putting fighters first and evolving the sport of mixed martial arts.  Today I am proud and excited to tell you about those changes.

First: our new name.  We are announcing the Professional Fighters League.  We believe bringing a league format to MMA elevates it so it can proudly sit alongside other professional sports leagues.

Your are all professional fighters and a league will provide increased and equitable financial opportunities.

Starting in January 2018, we will bring a proven sports format to MMA through regular season, playoff, and championship fights.  Fighters will compete across seven weight classes until a champion for each is crowned.  Our new league will give every fighter an equal opportunity to compete.  No politics, no games.  Your ability and skill, and wins, and losses in the Decagon on a world stage will determine the champion.

Professional Fighters League will be fighters-first, and has established a three-point promise to fighters in the league.

I have been a fighter, a world champion, a coach, and a mentor to many of you.  Today marks a new milestone in this sport we all love.  I am thrilled and honored to launch this new MMA league alongside Carlos Silva and our fantastic staff.

We will be reaching out with more details in the coming months about the upcoming season.  I’m looking forward to the debut of the Professional Fighters League in January 2018.  May the best fighters win

More details to come on World Series of Fighting’s end, and the PFL’s beginnings, as they emerge.