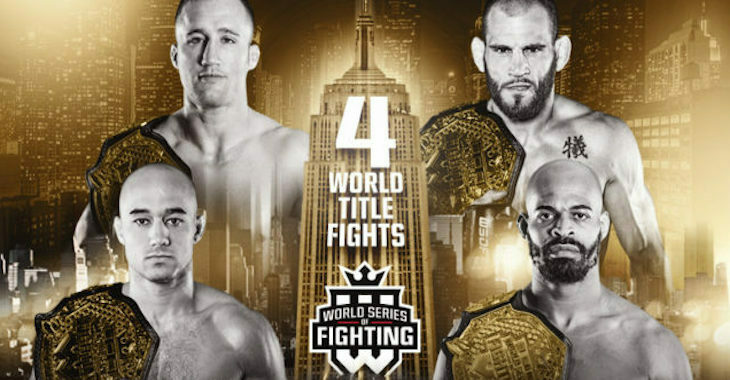 On New Years Eve, Las Vegas based promotion World Series of Fighting touched down in New York City for their biggest card to date. Emanating from The Theatre at Madison Square Garden, this card was highlighted by a whopping four title fights, and appearances from a handful of notable UFC veterans.

The first of these title fights saw UFC veteran David Branch (20-3), who currently holds the WSOF light heavyweight and middleweight titles, attempt to defend the latter against Louis Taylor (13-4). The two-division champ did so with flying colors, finishing his foe off with a rear-naked choke in the fifth round.

The next of WSOF 34’s four title fights occurred in the bantamweight division, where dominant champion Marlon (18-4-1) Moraes took on challenger Josenaldo Silva (25-5). It was a quick one, as Silva injured his leg in the fight’s first round, which resulted in a TKO win for the champ.

The third of WSOF 34’s three title fights occurred at welterweight, where former UFC title challenger Jon Fitch (29-7-1) attempted to defend his title against unheralded welterweight great Jake Shields (31-9-1). In a result that registered as a minor upset, Fitch dominated Shields to a unanimous decision win. In the wake of this win, Fitch hinted at a possible retirement from competition.

WSOF’s final title fight saw homegrown star Justin Gaethje attempt to defend the lightweight title against Luiz Firmino, a veteran of Pride, Dream and The Ultimate Fighter. The fight went down as an absolute war. In the end, however, Gaethje accomplished his mission by bludgeoning Firmino’s eye until the doctor was supposed to stop the contest between the third and fourth rounds. With the win, Gaethje reminds the world of his status as one of the very best lightweights outside the UFC.

Here are the full WSOF 34 results: 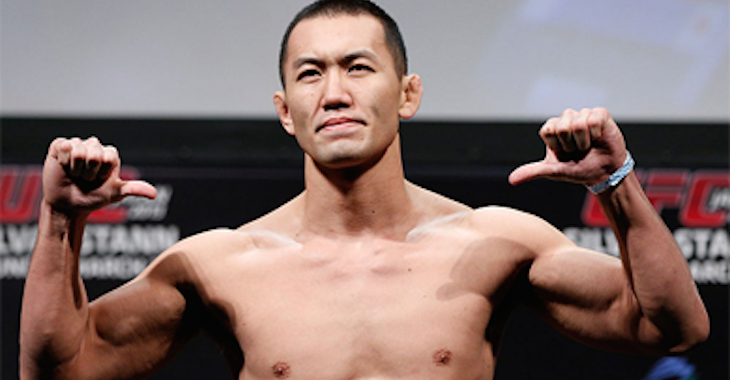