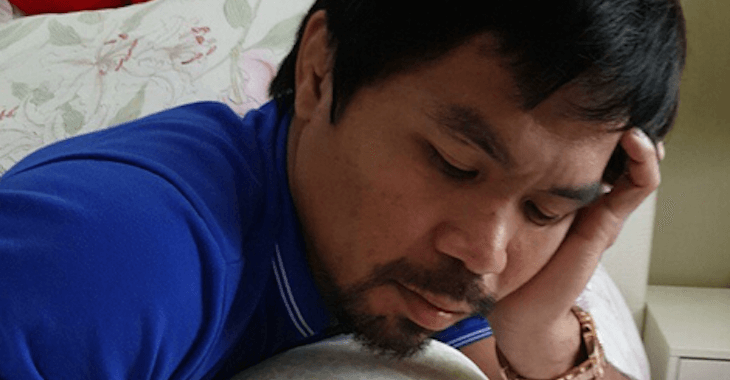 Floyd Mayweather executed his strategy to perfection on Saturday night and defeated Andre Berto by way of unanimous decision. Berto tried to bring the fight to the undefeated champion with wild punches and trash talking, but “Money” kept his composure and simply outclassed his opponent.

While Mayweather is happy he earned the big win without so much of a scratch on his face, the fight itself left a lot to be desired in terms of action and excitement. Manny Pacquiao was quick to poke fun at how uneventful the fight was by posting a video showing off what he does while he is bored!

What I do when I’m bored. Hehe

“Pac-Man” had his opportunity to bring the fight to Mayweather in May during their superfight, but an injury hindered his performance. Mayweather, just like in his fight with Berto, moved around the ring to exhaust Pacquiao before unleashing a slew of body shots to win by decision.

Mayweather may be retired, but he certainly has the ability to perform at an elite level. Would you be interested in a return to the ring for a Pacquiao rematch, or is Mayweather’s time in the ring done? Share your thoughts in the comment section below!