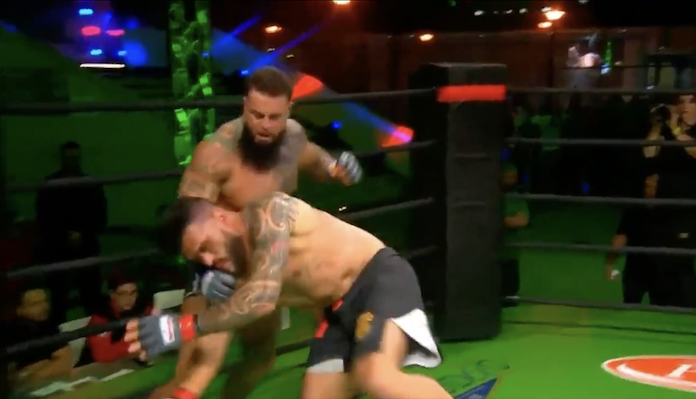 Former UFC heavyweight title challenger Bigfoot Silva suffered a TKO loss in his return to MMA this past weekend in Serbia.

Silva traveled to Sabac, Serbia to take on Quentin Domingos at Megdan Fighting 9. For Silva, this was his first MMA fight since 2017 when he was knocked out by Vitaly Minakov in Russia. Since then, he has competed for GLORY kickboxing and BKFC, losing by knockout to Rico Verhoeven and Gabriel Gonzaga, respectively. But after taking the last two years off to rest up, Silva was feeling confident heading into this fight that he could get back into the win column. Unfortunately for Silva, the fight ended like many of his fights do, with him getting stopped with strikes by his opponent, though some have questioned this stoppage.

Take a look at the video below and decide for yourself whether you think the stoppage was justified. Although Silva appeared to be hurt, he disagreed with the ref about the stoppage.

Silva took to his social media following the fight to question the stoppage.

Why the referee stop the fight? @megdan.fighting … You train for months, give up many things like food, fun and sometimes even family to get 100% in a fight, then a referee comes along and spoils all the hard work you did every day, losing or winning is part of it but unfortunately some people do not know or understand the sport they are part of… They sent me this video to give me an idea that there was no reason for the referee to stop the fight…#megdanfighting

What do you think is next for Bigfoot Silva after suffering another knockout loss on his MMA record?