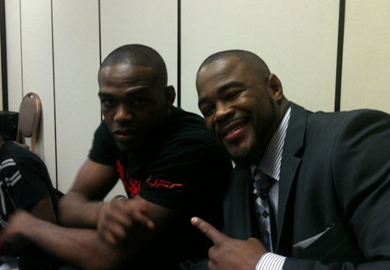 Jones seems poised to cement himself as one of the greatest fighters of all time and is currently working on one of the most impressive championship runs in UFC history.

What has made Jon Jones so much better than all of his past opponents? According to former champ Rashad Evans, it’s the simple fact that “Bones” fights with very little fear and is willing to take chances inside the octagon.

“The reason why he fights so fearlessly is because he really doesn’t have that much fear. The minute you start having fear is the minute you become like everybody else who competes — afraid to take chances, afraid to pull off those big moves that you did in practice. That hesitation leaves you vulnerable for a counter.”

Is there a fighter out there who can instill “fear” in to the mind of Jon Jones? Will Chael Sonnen be able to do so on April 27th in New Jersey? What are your thoughts Penn Nation?