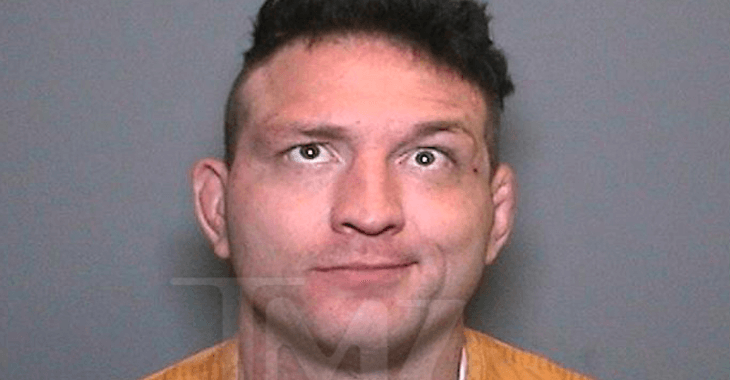 Recently Jason ‘Mayhem’ Miller was arrested for attacking police officers who arrived at Mayhem’s house to resolve a dispute between the former UFC fighter and two women.

Miller allegedly hurled a ceramic tile at the officer and threatened to use a fire extinguisher and metal pole as weapons.

Now, TMZ. has the image of Miller’s mugshot, where the former Bully Beatdown host can be seen using Dwayne ‘The Rock’ Johnson’s signature People’s Eyebrow. Click HERE to see one of Mayhem’s crazy mugshots from the past.