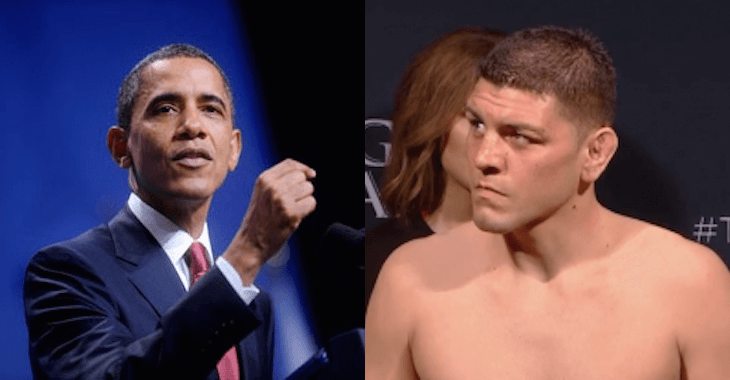 Job well done everyone, go ahead and give yourselves a pat on the back. The official Nick Diaz White House Petition has reached its goal of 100K signatures.

So I know the question that most of you have is, ‘what now?’

Well since the goal was reached, the petition will now go on and be reviewed by White House staff. From there it will be passed along to the proper policy experts, than an official response will be given. So will Obama address the nation and talk about the Nick Diaz petition? I’m leaning towards probably not. But, we will get some sort of response and really, the fact that the MMA community was able to get this thing over 100K signatures should be a big enough win. I mean, that’s crazy.

Here’s a little info from the WhiteHouse.gov site:

The right to petition your government is guaranteed by the First Amendment of the United States Constitution. We the People provides a new way to petition the Obama Administration to take action on a range of important issues facing our country. We created We the People because we want to hear from you. If a petition gets enough support, White House staff will review it, ensure it’s sent to the appropriate policy experts, and issue an official response.

Seriously though, way to go guys!