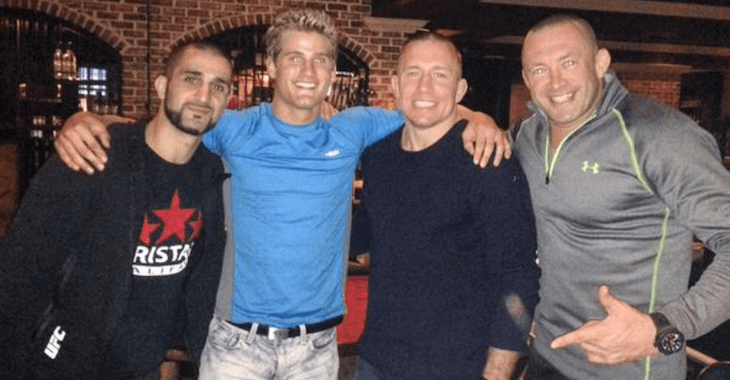 ‘Super’ Sage Northcutt, talk about an explosion. The 19 year old UFC fighter has blown up and is already an instant fan favorite after only one fight in the promotion.

A lot of people are comparing his instant stardom to that of UFC strawweight Paige VanZant. Yes, probably because they look like male and female versions of each other, but also because of just how fast they blew up.

However, another comparison that was made, by former fighter and current analyst Kenny Florian, was with former welterweight champ Georges St-Pierre. That’s right, after only one fight Florian said Northcutt could be the next GSP, times 10.

So, is Florian just talking craziness or does he have a point? It will obviously take some time to figure that out but meanwhile, check out who Northcutt’s going to be training with!