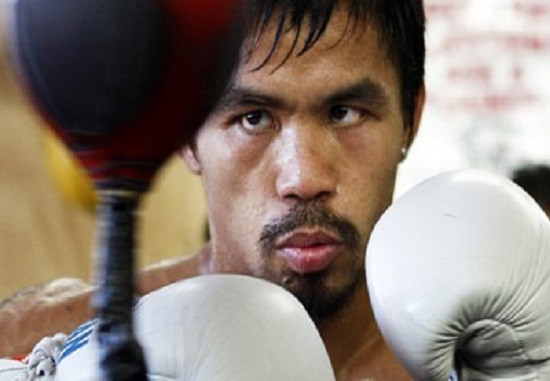 Tonight, Manny Pacquiao and Chris Algieri will fight for the WBA super lightweight belt in Macau.

Leading up to the bout, it has been stated that Algieri will walk into the ring with an approximate 15 pound weight advantage over Pacquiao, given that he will put the weight on after yesterday’s weigh in.

Chris Algieri’s coach, Tim Lane spoke to media members in Macau about the weight difference between the two men.

“Pacquiao is a 126 lb dude. Pacquiao should never be at this weight. The guy probably walks around at 142 lbs and probably ate a hamburger right before this weigh in just to get the weight up,”

Both fighters weighed in at 144 pounds, with Algieri making weight on his second attempt.