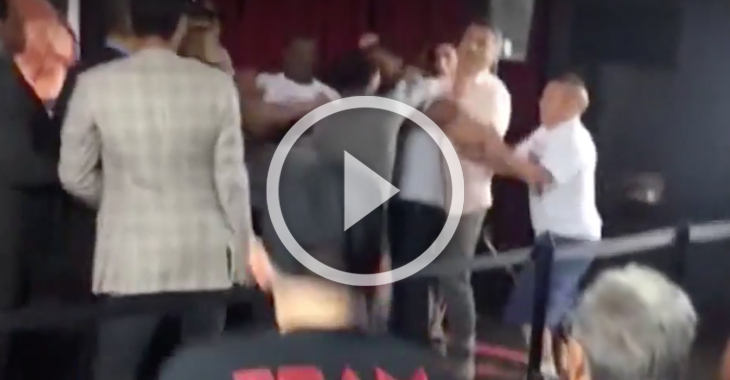 Some people say these two, Ricardo Mayorga and ‘Suga’ Shane Mosley, are out of their prime and shouldn’t be fighting. But one thing is clear, they can still sell a fight.

Check out this video showing Mayorga slap Mosley’s girlfriend on the butt. Of course, Mosley reacted right away and went after him. The two were separated by a group of people and the situation was defused.

Do you buy it? Or was it a publicity stunt?