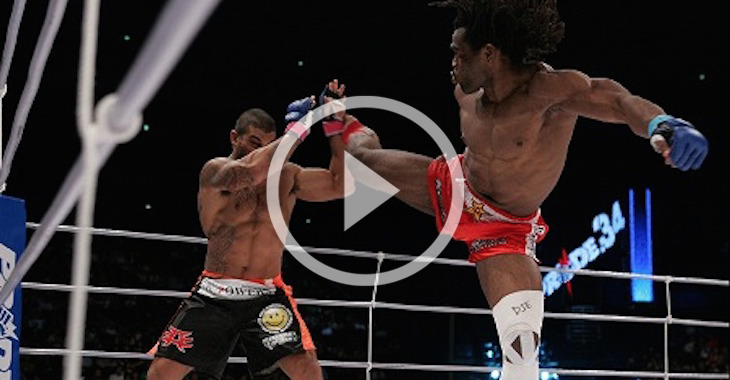 What’s the saying, ‘PRIDE Never dies’? Well, that might be true after all.

According to Stud Show Radio’s Justin Buchholz, the people behind PRIDE are coming back and doing a whole new MMA promotion called Samurai.

All you fanboys take a deep breathe and calm down. This is information that was passed on to Buchholz, who then shared it with the masses on Thursday’s episode of the popular podcast.

Here’s exactly what he said:

“I heard that Pride is coming back, or the people that were running Pride is bringing it back. So the Yakuza that ran Pride are coming back and starting a new organization and it’s called Samurai. They’re going to have fights in December.”

Say what? Crazy right? Well, this does line up with a report that came out in April, where Bellator MMA boss Scott Coker revealed that former PRIDE boss Nobuyuki Sakakibara came to him about possibly putting on an event sometime in 2015.