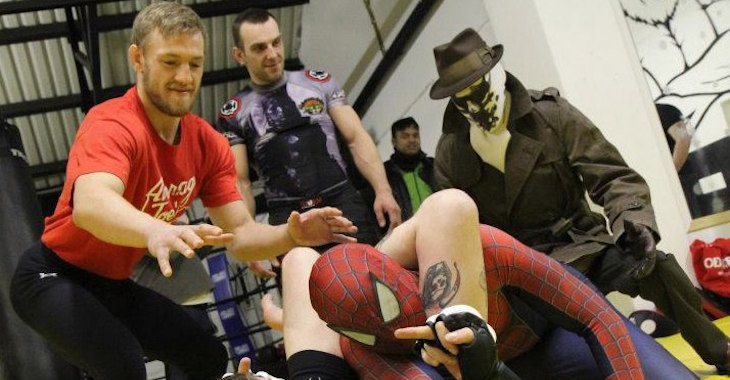 “I surprised myself during the whole thing as I slipped a punch I grabbed a high body lock then took the back and sunk in a rear naked choke on one guy. The second my neighbor Karl helped restrain him but I used shoulder lock and a grip on the culprits hoody in a bow and arrow choke style lock. I put all that down to learning BJJ and MMA. Maybe Ray Sefo and WSOF sees this want me to fight Orlando Jones (laughs). They can promote it as a sort of a Superman vs. Batman type fight.” via WHOA TV.

Conor McGregor’s teammate at SBG, Brian Harrington, recently had a run in with a gang of thieves and went all Batman on them. He ran down to thieves who he suspected had stolen some of his property during a precious break in . Check out a post he put out explaining the situation.