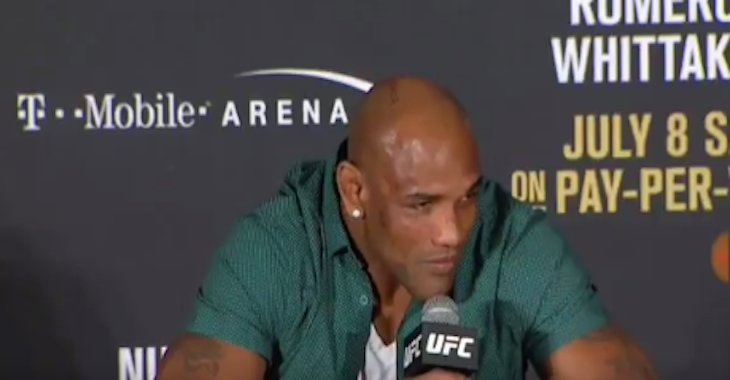 Yoel Romero added another highlight reel victory to his resume tonight in Perth, scoring a brutal third-round knockout over former middleweight champ Luke Rockhold in the main event of UFC 221.

Unfortunatley, it sounds like Yoel Romero could be on the shelf for the forseeable future as he revealed to FOX Sports that he believes he suffered a broken leg in the first-round of his main event scrap with Luke Rockhold.

.@YoelRomeroMMA confirms that he has a broken leg from kicks by @LukeRockhold after his win at #UFC221 https://t.co/35ZFJbKj5j