On the main card of UFC 205, top ranked UFC middleweight Yoel Romero made his triumphant return to the Octagon following a suspension.

While Romero appeared to have lost the first round, he appeared to have found his rhythm in the second as he began to utilize his elite level wrestling more and more. In the third round, Romero landed a brutal flying knee that instantly knocked Weidman out, opening up a massive cut on the side of Weidman’s head that poured blood out on the Octagon. With the win, Romero is now the middleweight #1 contender and has earned himself a crack at Michael Bisping’s middleweight championship.

Wow. What a KO from @YoelRomeroMMA

March how ever you want. That is a bad dude.

There is no athlete better in the entire @Ufc than @YoelRomeroMMA 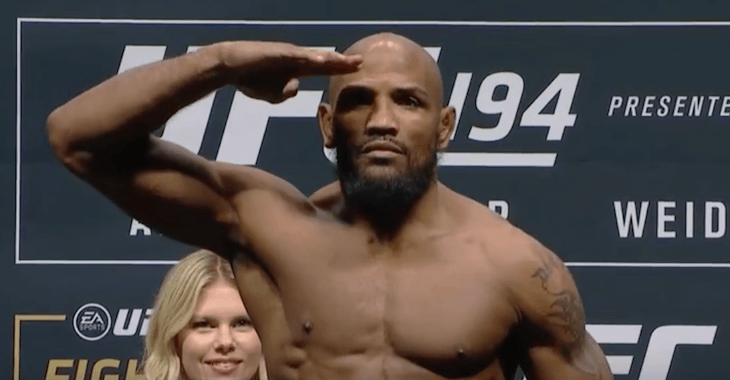