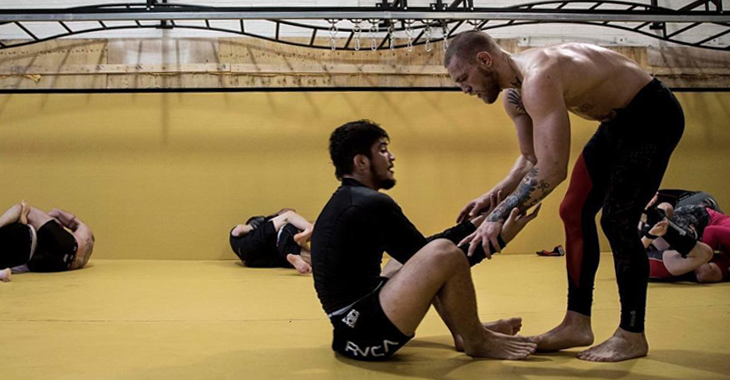 Earlier this month, we learned that BJJ whiz Dillon Danis had signed with Bellator MMA. Danis is expected to debut with the organization later this year. The exciting thing about this debut, of course, is that it will mark not only his first fight with Bellator, but his first mixed martial arts bout outright.

While Danis will now be dedicating a good deal of his focus to his new mixed martial arts career, he will not be abandoning his grappling roots.

On Monday’s edition of The MMA Hour, it was announced that Danis will serve as one half of the main event of Submission Underground 4. The other half of this main event will be former Strikeforce middleweight champion, former UFC welterweight title challenger, and recent WSOF welterweight title challenger Jake Shields. The match is scheduled for May 14 in Portland, Oregon.

This announcement was made by Bellator light heavyweight Chael Sonnen, who is the man behind Submission Underground.

While Danis has been known for some time by those who follow the grappling arts, he as risen into the MMA consciousness as one of Conor McGregor‘s training partners. After McGregor was tapped out by Nate Diaz in March of 2016, Danis was enlisted into the Irishman’s training camp to help him prepare for his August rematch with Diaz. Though there was very little grappling in this rematch, McGregor came out on top with a majority decision win.

During his segment on The MMA Hour, Sonnen also confirmed that recently retired MMA legend Urijah Faber will be competing on the Submission Underground 4 card, taking on Paulo Miyao. Finally, Sonnen also admitted that he attempted to construct a Jon Jones vs. Matt Mitrione grappling match, but was unable to do so.

Sonnen will next compete in the Bellator cage this June, when he takes on long-time rival Wanderlei Silva in the main event of Bellator NYC. The three-time UFC title challenger made his own debut in the Bellator cage earlier this year, losing by submission to the retiring Tito Ortiz.

Do you think Dillon Danis will be able to tap Jake Shields? Sound off, PENN Nation!