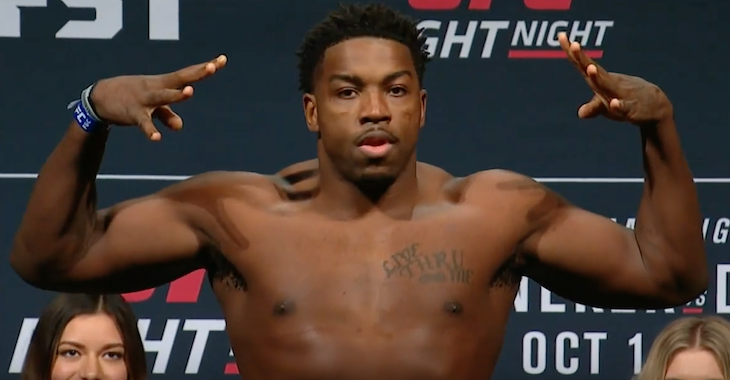 Originally, former UFC heavyweight champion Fabricio Werdum was expected to battle brick-fisted heavyweight contender Derrick Lewis on the main card of UFC 216. When Lewis was forced out of the fight at the last minute with a back injury, however, Werdum was paired with “The Big Ticket” Walt Harris, who was transplanted from a UFC 216 undercard bout with Mark Godbeer.

Though Harris deserves major props for taking a fight with the one of the world’s best heavyweights on mere hours’ notice, the fight itself was more or less a disaster for him. Moments into the first-round, he was taken down by his decorated foe, and from there, it was just a matter of time. Werdum locked up the armbar, and seconds later, Harris was furiously tapping in pain.

Having come up short, Harris was deprived of a win bonus, and of a career-altering propulsion into the heavyweight top-10. That said, he’s hoping he won’t leave Las Vegas empty-handed. Hours after his fight with Werdum, Harris took to Twitter with a hilarious request of the UFC, showing he’s definitely in good spirits despite his loss to Werdum.

@ufc by any chance do you offer a participation trophy! 😂😂😂

This loss to Werdum marked the end of an impressive two-fight win streak for Walt Harris. Given that he took the fight on such short notice, however, he’s unlikely to lose much ground in defeat.

Who do you want to see Walt Harris and Fabricio Werdum fight next?