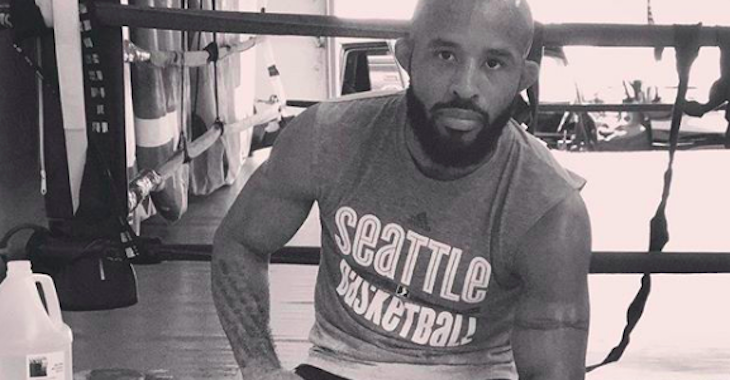 Last night, in the co-main event of UFC 216, Demetrious Johnson stepped into the Octagon with the intention of defending his flyweight belt for a record-breaking 11th-straight time. He did so with flying colors, dominating his young foe Ray Borg to a ridiculous fifth-round sequence in which he hit him with a suplex, caught his arm in mid-air, and locked up the arm-bar for the win.

Given the historical implications and jaw-dropping nature of this win, it should come as no surprise that it generated some interesting reactions from the MMA community. See some of the best reactions to Demetrious Johnson’s incredible victory below!

People that don’t train will never understand how impressive that just was. Amazing.

I wanna see @MightyMouseUFC fight the champ of every weight class. Not convinced anyone below 205 could beat him. #ufc216

Crazy way to finish a fight and to do it at the same time as breaking the record. Unbelievable. Huge congrats to DJ !

Holy Shit. @ufc that’s a bad man right there. There were 1000’s of plays in football today and ZERO of them compare to that finish

Amazing….. well deserved…. @MightyMouseUFC you are the best…..go for crazy shit and you will get crazy results #UFC216

I never want to hear anything about jones being #p4p best, it’s @MightyMouseUFC hands down, not even close. #incredible #mma @ufc #ufc216

Man that was an ass whoopin ! @MightyMouseUFC

I see dj goin “ARE YOU NOT ENTERTAINED” #ufc216

Wow @MightyMouseUFC that’s might of been the most amazing submission ever @ufc #AndStill pic.twitter.com/4zFjUgKpJB

That’s the jiujitsu version of the showtime kick #goat

Wowwww! I want to be like @MightyMouseUFC when I grow up!!! #Goat

Wowwww! I want to be like @MightyMouseUFC when I grow up!!! #Goat

What did you think of Demetrious Johnson’s insane UFC 216 win? Do you consider him the best ever?