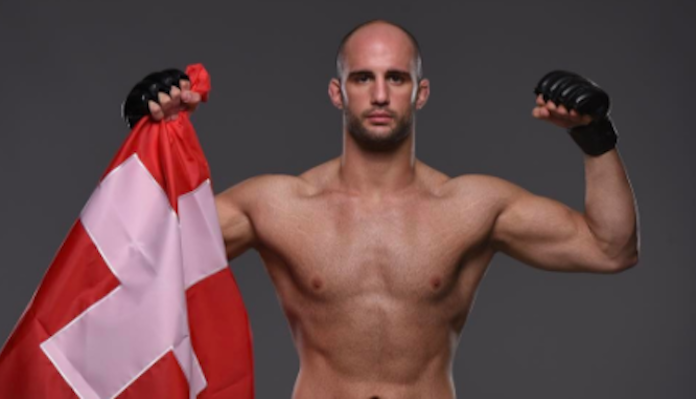 After an alleged incident involving a scuffle between the recent 205-pound title challenger and a Florida man last year, Oezdemir’s lawyer Bruce Zimet has told MMAFighting that the charges against Oezdemir have been dropped.

Oezdemir’s third-degree felony charge was to go on trial today. The accusation was that of him striking and knocking out a man outside of a bar in Fort Lauderdale, Florida in August 2017. Oezdemir’s arrest would follow in November.

Upon the initial charging, the Switzerland native had to give up his passport. Which would cost him an originally scheduled bout with former UFC light heavyweight champion, Mauricio “Shogun” Rua for UFC Chile in May.

This all was confirmed by spokesperson Kristi Grimm from Florida’s attorney’s office. The case was ruled “nolle prosequi”, meaning that the prosecution won’t be pursuing the charge any longer. Grimm explained that the reason for this was “due to lack of cooperation from the victim.”

As for Oezdemir’s fighting life, he and Shogun were rebooked to headline UFC Hamburg which takes place later this month. However, just last week the UFC pulled Oezdemir from the Germany headliner to match him with the perennial top contender, Alexander Gustafsson for next month’s UFC 227 card in Los Angeles.

After current light heavyweight champion, Daniel Cormier’s triumphant battle over the heavyweight crown this past Saturday, this fight between former opponent’s of Cormier’s seemed like a logical solution to who gets the next crack at the gold. Especially for the Swede, Gustafsson.

But with Cormier winning his second divisional title, his task list just gets a bit busier and with his first heavyweight title defense already seemingly set to be against Brock Lesnar, Gustafsson vs Oezdemir could actually make for a logical interim title fight.