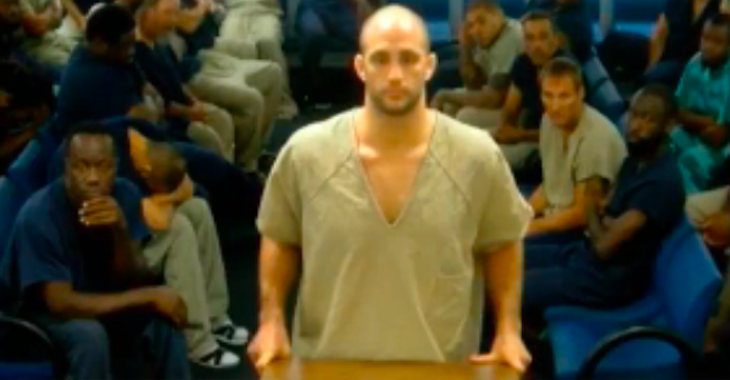 Over the weekend, we learned that UFC light heavyweight contender Volkan Oezdemir had been arrested ad charged with “aggravated battery causing bodily harm or disability.”After a brief stay in the Broward County jail in Florida, his surety bond was set at $10,000.

According to a report from the South Florida Sun-Sentinel, which includes video of Oezdemir’s court appearance, the light heavyweight contender’s arrest stems from an August 12 fight with a man named Kevin Cohen, which occurred at a yet-unidentified bar in Fort Lauderdale. During Oezdemir’s hearing, it was explained that Cohen sustained swelling and several cuts as a result of this altercation.

According to Bruce A. Zimet, who is serving as Oezdemir’s attorney, Oezdemir did not start this fight, and was justified in his actions, which seems to imply a self-defense situation.

On Sunday, the UFC released a statement on Oezdemir’s arrest.

“UFC is aware of the situation involving light heavyweight athlete, Volkan Oezdemir,” this statement read. “The organization is in the process of gathering more information and will be monitoring the situation closely before determining if any further action is necessary.”

While Oezdemir hails from Switzerland, he’s been living in Florida while he trains at Combat Club. Until his arrest, he was expected to be the next contender for Daniel Cormier’s UFC light heavyweight title. The pair were expected to collide at UFC 220 this January 20 in Boston, yet it’s very possible that this legal trouble will throw a wrench in these plans.

Oezdemir joined the UFC roster in late 2016, taking a short notice fight long-time contender Ovince Saint Preux. Despite being much less experienced on the big stage than his opponent, he came out on top in this fight, capturing a close decision win. From there, Oezdemir surged into title contention, authoring blitzkrieg knockout wins over top 10 light heavyweight contenders Misha Cirkunov and Jimi Manuwa.

Stay tuned for more updates on this unfortunate Volkan Oezdemir situation as they emerge.