If there was one man you probably would not want to mess with at any heated situation just based on looks, MMA veterean Jeff Monson will come out at the top of the list probably every time if he is present. 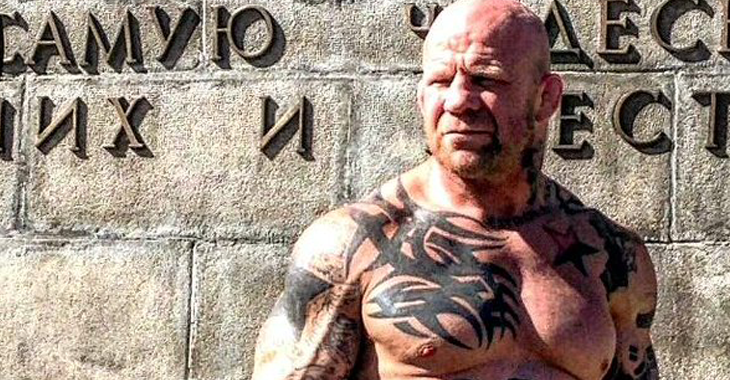 We recently seen Jake Shields get into it with some protestors at the recent UC Berkeley incident and now we see that Jeff Monson was involved in a scuffle at a recent protest as well.

In this video, we see Monson get into it with a Trump supporter and it looks like Monson was cut on his eye in the exchange.

Here are the details from the video description:

According to The Washington Times, close to 2000 people marched two miles from outside of the Trump Plaza in Florida down to Trump’s Mar-a-Lago resort where a fundraiser was being put on by the International Red Cross.

USA Today reported that Trump was expected to make an appearance at the International Red Cross fundraiser.

Several hundred people stepped foot onto a bridge at close to 8 p.m. and protested in front of the Mar-a-Lago resort where they were blocked off by around 24 police in riot gear. The protestors stopped at that point and no arrests were reported. The protests ended at around 9 p.m.

A coffin draped with the American flag was being carried around by the protestors who said it was demonstrating the death of democracy in America.

What are your thoughts on the heated situation? One thing we do know is that man that got into it with Jeff Monson is lucky that they weren’t in a ring or cage! 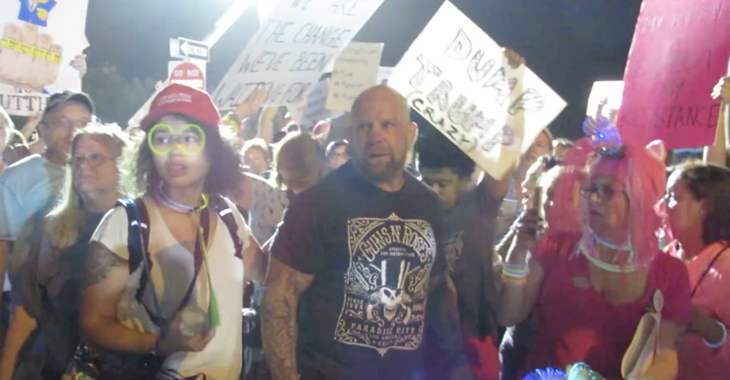