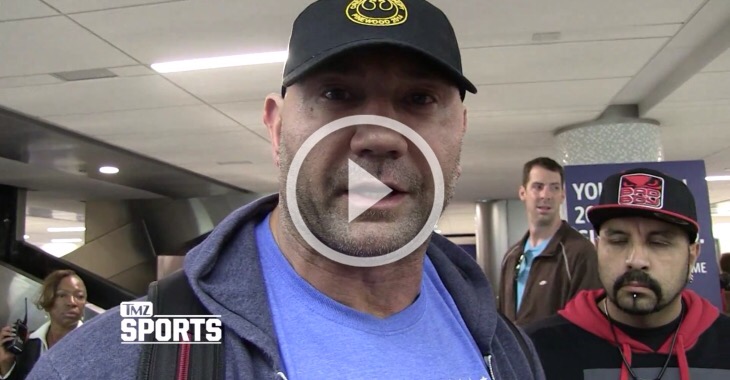 It was May 2nd 2009 when Manny Pacquiao was facing Ricky Hatton when we witnessed the six time WWE champion (winning the World Heavy Weight Championship four times and the WWE championship twice) Dave Bautista walking out with Pacquiao for his title fight.

Much has changed since those days, now Bautista speaks freely about “Pac Man’s” comments that he’s made about homosexuality. One of the comments Bautista made in the video was, ‘Put it like this, if anyone calls my mother an animal, I’m sticking my foot in their ass.’