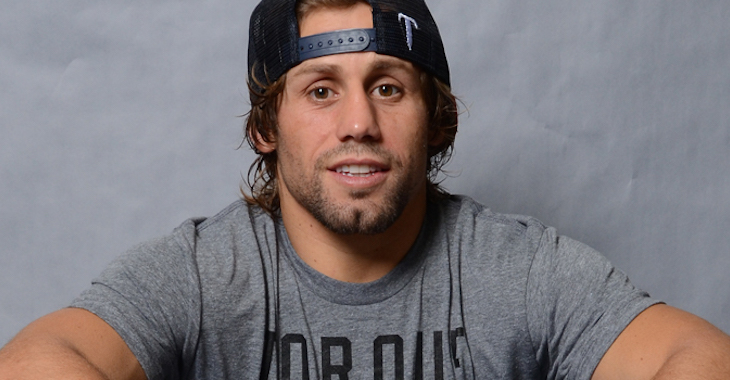 Last December, after a fun win over fellow MMA veteran Brad Pickett, Urijah Faber retired from the sport. Since then, he has repeatedly suggested he’s comfortable in his retirement, and that he has no urge to return.

“I absolutely am in tact with my mind and body, and I feel better than ever, having rested over half a year now under my belt,” Faber told MMAJunkie Radio back in October. “I’m staying busy, man. I’ve got a lot going on. I love a good fight, and I love a good story. As far as just wanting to jump in for the heck of it, there’s no temptation there.”

Yet after TJ Dillashaw defeated his star pupil Cody Garbrandt to capture the UFC bantamweight title at UFC 217 last Saturday, it seems as though Faber might change his tune. Responding to a fan at the MetroPCS UFC 217 Live event over the weekend, Faber suggested he could be coaxed back into the cage for a bout with Dillashaw. Faber and Dillashaw, of course, have plenty of shared history, as Faber served as the new UFC bantamweight champ’s mentor in the halcyon days of his career.

Urijah Faber retired from MMA competition with a 34-10 overall record and a 10-6 mark in the UFC’s Octagon. Would you be interested in seeing him cut his retirement short to take on resurgent bantamweight champion and former disciple TJ Dillashaw? Join the debate in the comments section!