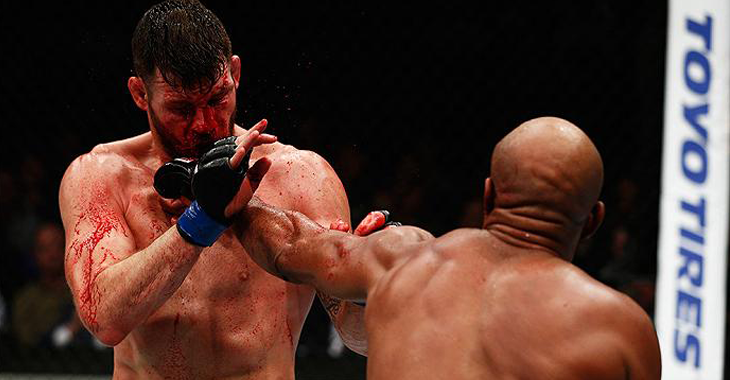 12-6 Uriah Hall has his own big fight coming this weekend as he takes on 15-3 Derek Brunson in the co-main event of the UFC Fight Night 94 event taking place in Hidalgo, Texas.

While Hall is focused on his bout with Brunson, the rising middleweight star commented on his division’s title fight coming up between UFC middleweight champion Michael Bisping and his rival Dan Henderson.

“I’m a big fan of Dan, I hope he knocks that dude out,” Hall said on the “UFC Unfiltered” podcast (transcribed by MMA Mania). “He needs to shut the f–k up. I’ve kicked Bisping’s ass in training before, I can say that. You can quote me on that. If I ever get the opportunity, I’m definitely gonna kick his ass. I don’t like him.”

Bisping has always been a very polarizing character with his outspoken attitude that has got under the skin of his opponents and it seems like Hall is rooting for Henderson to drop another H-bomb on “The Count” to shut him up.

While “Hendo” has usually let his fighting do most of the talking in his career, the 46-year-old middleweight who is on likely the last chapter of his career will look to end his 19-year professional MMA career with securing a UFC title.

“I think it will definitely happen and I’m excited to get in there and hopefully do the same thing I did to him the last time,” Henderson said to the “Talking Brawls” podcast (transcribed by Severe MMA).

What are your thoughts on the middleweight title fight between Michael Bisping and Dan Henderson? Share your prediction for the title fight on how and when the fight ends with us in the comment section!