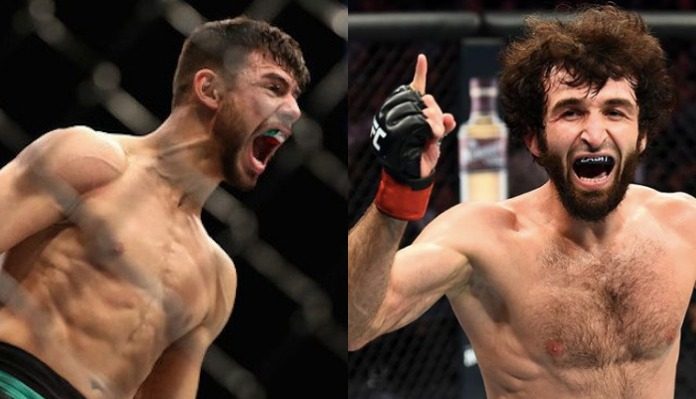 On Saturday night, in the main event of the UFC’s 25th anniversary show in Denver, Colorado, Mexican featherweight contender Yair Rodriguez authored one of the greatest knockouts in UFC history, putting fan favorite Korean contender Chan Sung Jung down with an elbow with just one second left in their five-round battle.

With this win, Yair Rodriguez re-established himself as one of the top contenders in the crowded UFC featherweight division, and as a dangerous test for pretty much any of his rivals. That being said, there is one featherweight who is chomping at the bit to fight him: Dagestan’s Zabit Magomedsharipov.

Yair Rodriguez and Zabit Magomedsharipov were briefly scheduled to fight in early September, at UFC 228, but this bout was nixed when Rodriguez was sidelined with an injury. Ever since, Magomedsharipov has been calling for a rescheduled bout with the Mexican, and that hasn’t changed after UFC Denver.

Will he ever call my name?? Or should I move on?? @seanshelby @danawhite @ufc https://t.co/zkSBusDKOS

“Will he ever call my name?? Or should I move on??” Zabit Magomedsharipov said in a Tweet directed at UFC matchmaker Sean Shelby and UFC President Dana White.

With his epic win over Chan Sung Jung, Yair Rodriguez rebounded from a May 2017 loss to Frankie Edgar — his last trip into the Octagon. He’s now a strong 11-2 overall, with seven of those wins occurring in the Octagon.

Do you think the time has come to rebook a fight between Yair Rodriguez and Zabit Magomedsharipov?