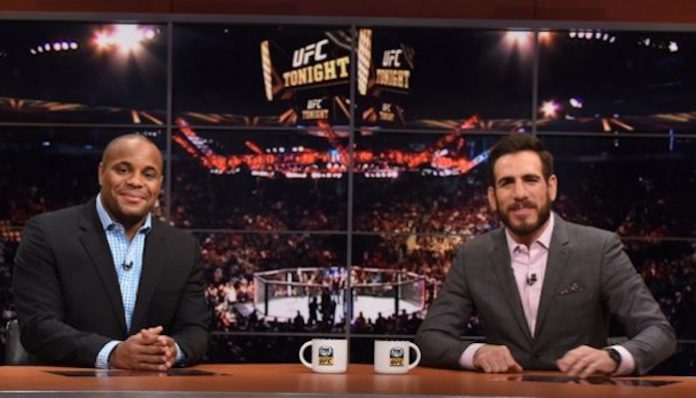 Last night, the UFC touched down in Milwaukee with UFC on FOX 31 — the promotion’s final card on the network before moving to ESPN in the New Year.

Mid-way through this broadcast, we got a four-minute tribute to the seven years that the UFC spent on FOX. If nothing else, it provided an interesting trip down memory lane.

Watch this tribute below.

End of an era at @UFCONFOX in the US last night…pic.twitter.com/44ZrvVb30z

“The first time I heard the theme [hums], it was like, ‘wow, we’re actually on FOX,” UFC light heavyweight and heavyweight champ Daniel Cormier says in the intro to this tribute. “I just knew that we were part of something special.”

The video concludes with a farewell comment from UFC President Dana White.

“It’s been an amazing seven years,” White says. “It’s been an honor to work with you guys, thank you for everything you’ve done for me, for the sport, and for the UFC.”

The UFC’s time on FOX began in 2011. On the promotion’s first card on the network, Junior dos Santos knocked out Cain Velasquez to capture the UFC heavyweight title. In the main event of the final UFC on FOX card, Al Iaquinta defeated Kevin Lee by unanimous decision.

What’s your favorite memory from the UFC’s time on FOX?