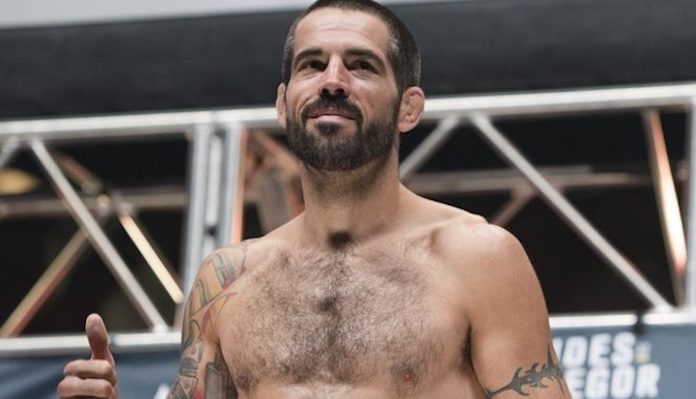 The Octagon returned to Nevada for tonight’s UFC Vegas 29 event, a twelve-bout fight card headlined by The Korean Zombie vs. Dan Ige.

The highly anticipated featherweight main event proved to be a thrilling twenty-five minute affair. ‘TKZ’ was able to get the better of the Hawaiian in the early rounds, even dropping Ige with a right hand in round two. However, Dan showcased his toughness and wound up storming back to win round four.

In the co-main event of UFC Vegas 29, heavyweights Aleksei Oleinik and Serghei Spivac squared off in hopes of moving up the divisional rankings. The bout resulted in a grueling fifteen minute affair. Both men were able to find success on their feet in rounds one and two, but it was the gas tank of Spivac that proved to be the difference. Serghei was able to outpoint the ‘Boa Constrictor’ in the final five minutes and

Fight of the night: Bantamweight fighters Marlon Vera and Davey Grant were awarded ‘fight of the night’ honors for their thrilling rematch on tonight’s UFC Vegas 29 main card. As was the case in their first encounter, ‘Chito’ walked away with a unanimous decision victory this evening.

Performance of the night: Matt Brown earned an extra $50k for his nasty knockout win over Dhiego Lima. ‘The Immortal’ slipped a left hook and then unloaded a right hand that sent Lima crashing to the canvas in a state of unconsciousness.

Performance of the night: Seungwoo Choi pocketed an extra $50k for his sensational first round knockout victory over Julian Erosa. ‘Sting’ landed a big right hand that sent Erosa to the floor and proceeded to finish him off with ground and pound.

Are you surprised by any of the performance bonuses handed out by Dana White and company following the conclusion of tonight’s UFC Vegas 29 event? Share your thoughts in the comment section PENN Nation!