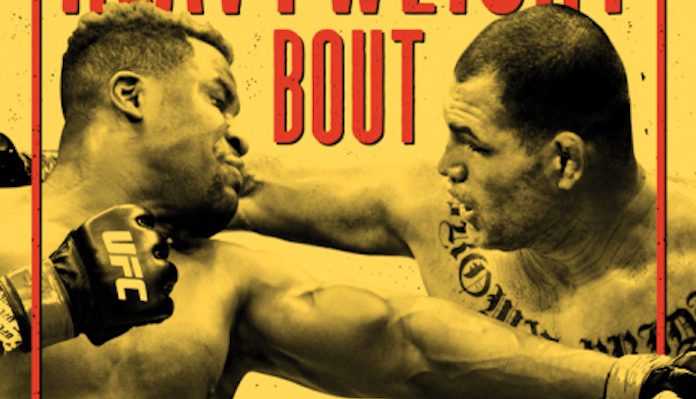 On Sunday, February 17, the UFC will make its debut on ESPN with an exciting, 13-fight card.

In the main event of this debut UFC on ESPN card, former UFC heavyweight champion Cain Velasquez will make his long-awaited return to the Octagon, where he will battle ferocious knockout puncher Francis Ngannou in an cage-shaking showdown.

The bout will be Velasquez’s first since a July, 2016 defeat of Travis Browne. Ngannou, meanwhile, will look to build on the momentum of a first-round knockout of Curtis Blaydes.

In the UFC on ESPN 1 co-main event, James Vick will look to bounce back from a tough loss to former World Series of Fighting champion Justin Gaethje, as he takes on the ever dangerous Paul Felder, who looks to rebound from a welterweight loss to “Platinum” Mike Perry.

Other highlights of this debut UFC on ESPN card, finally, include a strawweight fight between Cortney Casey and Cynthia Calvillo, a featherweight showdown between Alex Caceres and Kron Gracie, and a welterweight fight between Vicente Luque and Bryan Barberena.

Without further ado, here is the full UFC on ESPN 1 fight card, along with the start times for each portion of the event (via FanSided).

What do you think of the first UFC on ESPN card?