Sean O’Malley is explaining why UFC commentary from Joe Rogan and Daniel Cormier drives his ‘crazy’.

‘Sugar’ claims that Cormier and Rogan constantly emphasize the use of his opponents leg kicks. The two seem to believe that the leg kick should be the weapon of choice to use against O’Malley.

It is true that Marlon Vera (19-7 MMA) did have success in the cage using a leg kick against O’Malley at UFC 252 in August of 2020, but ‘Sugar‘ believes his own leg kicks are far better than those of Chito’s. O’Malley also claims that loss was because of Vera’s big toe damaging a nerve rather than a well directed kick.

Speaking on the ‘DC&RC Show’, Sean O’Malley shared his thoughts on Cormier and Rogan’s commentary during his fights (h/t Sportskeeda):

“I have watched my fights back over and over again and every time I hear you and Joe say something, they say, ‘I don’t know why they don’t kick his legs like Chito Vera did. It was very effective for him’. Oh god, it drives me crazy ‘DC’. That drives me crazy. Because the leg kick he landed wasn’t a good quality leg kick. My leg kicks I was landing on him were making him spin around in circles. His big toe hit the nerve when I was pulling out from a kick.” 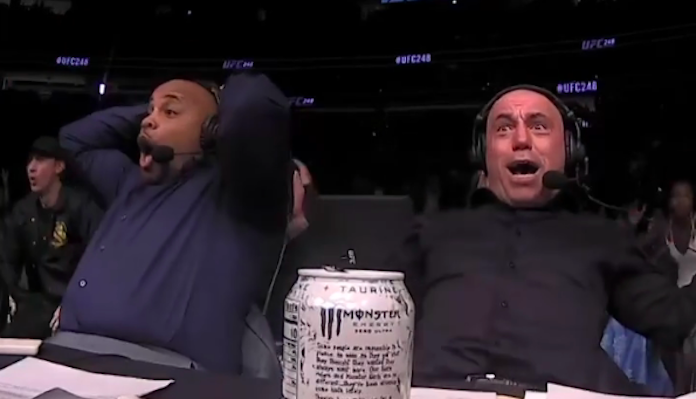 Munhoz will enter the cage having just lost 2 in a row, to Dominick Cruz and Jose Aldo respectively.

O’Malley will enter the Octagon with a record of 3 wins in his last 3 fights against Raulian Paiva, Kris Moutinho and Thomas Almeida.

In speaking on ‘The MMA Hour’, Sean O’Malley commented on his upcoming match and who he wants to fight next:

“After this fight, I have to finish Pedro. Say I go out there and finish Pedro then I get a Top 5 guy, whoever it is. It depends on if ‘Chito’ gets a fight booked. I know that’s a fight that I want.”