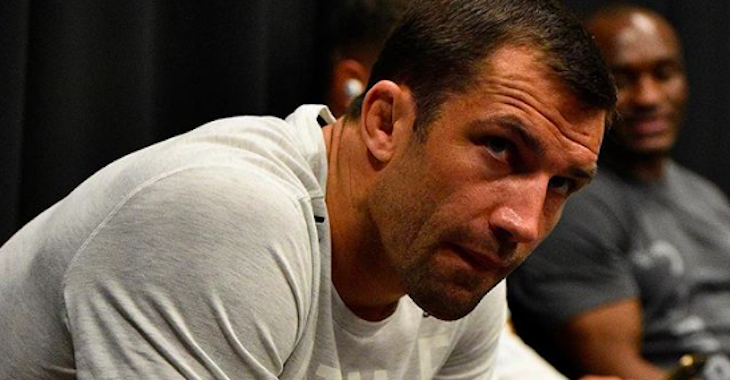 When Thiago Santos knocked out Jan Blachowicz at UFC Prague, he earned a light heavyweight title fight with seemingly unbeatable champion Jon Jones. Former UFC middleweight champion Luke Rockhold, who is now scheduled to battle Blachowicz at UFC 239, is hoping that a similar performance will earn him his own fight with Jones.

“Thiago Santos just got a world title fight after beating Jan Blachowicz, so I figure if I go out there and put a performance on him, what’s to deny me?” Rockhold said on a recent episode of Submission Radio (transcript via MMA Weekly). “I mean, what else is there? These guys are scouring around, not taking fights. So I’m gonna go out there and I’m gonna perform and do my job, and then I’m gonna let the chips fall where they may.”

While Luke Rockhold believes he could fight Jon Jones sooner rather than later, he also understands that it might not happen until later this year or sometime in 2020.

“I’d jump on (a fight with Jones) in a heartbeat,” he said. “I’ve been training as Jon Jones for (teammate Daniel Cormier) for so many years and I know his style, and like what we have here. So I’m gonna go focus on what I’m doing here this summer and if everything works out, me and Jon will be dancing later this year or 2020.”

Do you think we’ll be seeing Luke Rockhold and Jon Jones fight in the future?