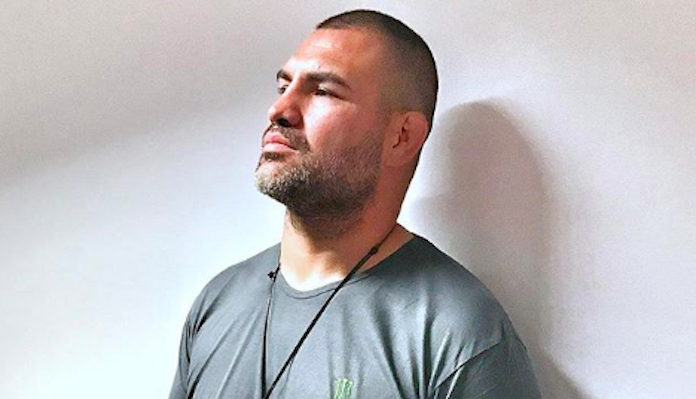 It’s been a long, long time since we’ve seen former UFC heavyweight champion Cain Velasquez in the Octagon. Since July of 2016, to be exact.

While most fans have speculated that Velasquez’s lengthy absence has been due to his longstanding injury issues, his friend and training partner Josh Thomson has suggested their could be other factors at play.

Chiming in during a conversation about Cain Velasquez on Twitter, Thomson said the UFC is “bullshitting with” the former champ. He also implored people to “stop beating around the bush” and ask the UFC why Velasquez has been out so long.

Everyone needs to ask the @ufc why @cainmma isn't back. Let's not beat around the bush anymore with this and let's be honest, #UFC #HW division needs him but they bullshitting with this dude. @dc_mma won't be around to keep saving their shows. https://t.co/KPZ5x5EMGo

“Everyone needs to ask the [UFC] why [Cain Velasquez] isn’t back,” Thomson said in this Tweet. “Let’s not beat around the bush anymore with this and let’s be honest, [the UFC heavyweight] division needs him, but they bullshitting with this dude. [Daniel Cormier] won’t be around to keep saving their shows.”

In his last fight, which occurred on the main card of UFC 200 in July of 2016, Cain Velasquez bludgeoned Travis Browne to a devastating, first-round stoppage. With this performance, which stands out as one of the most dominant of his career, he rebounded from a disappointing submission loss to Fabricio Werdum, which marked the end of his title reign.

When — if ever — do you think we’ll see Cain Velasquez return? What do you think Josh Thomson is implying here?